Field tests performed in your Virginia DUI case? How to reverse the fallout 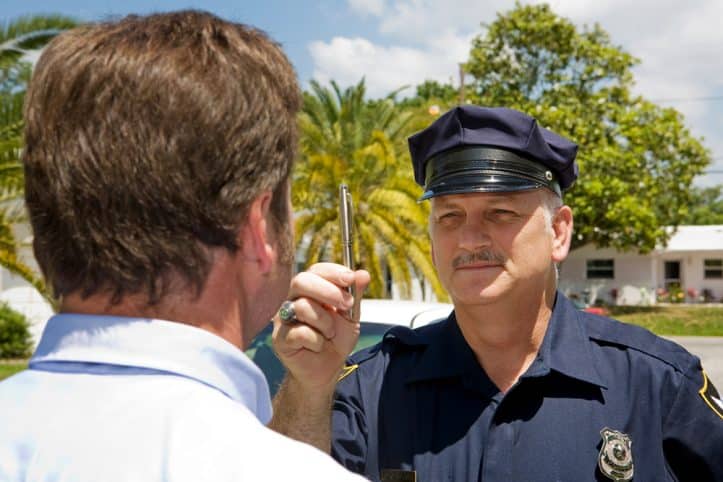 Field tests are voluntary to perform by a Virginia DUI suspect, even though police have no obligation to tell you that. As a Fairfax DUI lawyer, most of my DWI clients make the mistake of submitting to one or more field sobriety tests (FSTs), where the only fallout of declining the tests is that the refusal can be considered by the judge and jury in determining the legality of your arrest and whether or not you have been proven guilty beyond a reasonable doubt. Making this or any other mistake is not the time to beat up on yourself, but instead is the time to include blunting the impact of FSTs as part of your overall approach to winning your Virginia DUI case as much as possible.

What can I do to reduce any adverse impact of taking field tests in my Virginia DUI case?

The first step in working to reverse the adverse impact from submitting to field tests in your Virginia DUI case is to hire the right lawyer for you. Defending against Virginia DUI cases is not for generalists, but ideally for Virginia lawyers with great experience, skill and passion for such defense. The technical, legal and strategic know-how and ability needed for delivering strong DWI defense is not learned overnight, but through fighting such cases at trial, through trial preparation, through case negotiations, and through learning, learning and more learning by keeping on top of the current statutory and case law, knowing the relevant science, and staying in touch with colleagues pursuing this fight. One invaluable tool that I use in addition to my extensive Virginia DUI defense trial experience, general defense and knowledge is my membership and participation with the National DUI Defense College; only a very small percentage of Virginia DUI defenders are members of this important organization.

Did the police officer ask or command you to submit to field tests?

Virginia DUI caselaw confirms that field tests are voluntary tests, as opposed to the mandatory breath and blood testing that takes place after a lawful DWI arrest. If the law enforcement officer orders you to submit to such tests, they are no longer voluntary tests and should — I argue — be omitted from evidence both at the motion to suppress arrest stage and trial stage. If the prosecutor claims that the Hammond case governing this state of affairs is mere dicta, I reply that it is not mere dicta where Hammond centrally addresses FSTs to distinguish them from post-arrest breath and blood testing being mandatory in Virginia DWI investigations.

Did the law enforcement officer ask you if you had any physical impairments, adverse health or other issues that might interfere with conducting FSTs?

I view field tests to be junk science, and see them as even more junk science if the investigating police officer for a Virginia DUI case exercises willful ignorance by not even asking the suspect whether s/he has any physical impairments, adverse health, or other issues that might interference with conducting FSTs. The close relative to engaging in such willful ignorance is for the law enforcement officer to cut off your answer, for instance when the officer does not like to learn that you have bad kneeds or a bad back that might interfere with the FSTs.

Did the police officer endeavor to reduce the adverse conditions for taking FSTs?

What did the police officer do to reduce adverse conditions for taking FSTs? If a sidewalk or vacant parking lot was available, did the officer offer to do the FSTs there, rather than on a major highway with cars whizzing by to cause distraction and fear of being hit by a vehicle? Did the police officer endeavor for the tests to be on as flat, dry and debris-free surface as possible? Did the law enforcement officer offer you the opportunity to change your footwear or remove your footwear? Did the police officer offer you to add clothing from your car if a cold day or night, and to remove layers of clothing (for instance a sweatshirt) in the event of a hot season? Beyond that, what was the weather like? If the evening was rainy or extremely cold, that reduces the relevance and reliability on any field tests.

When will my Virginia DUI lawyer obtain the video footage and police report(s) in my case?

A critical part of Virginia DUI defense is for the defense lawyer to obtain the incident video footage and police reports of your field tests, and beyond, as soon as possible, and to know the approaches to doing so. For instance, for Fairfax County General District Court cases, the prosecutor’s office is often providing a quick turnaround time between the defendant’s providing a proposed discovery order and receiving that evidence.

When should I hire a Virginia DUI lawyer?

The sooner you hire the right Virginia DUI lawyer for you, the better. The prosecutor and police are not waiting for you to obtain an attorney while they prepare for court. Once you obtain the right DWI defense lawyer for you, you are narrowing the gap between your unfamiliarity with the courthouse and your lawyer’s (if the right lawyer) skilled and dogged defense work for you.

Fairfax DUI lawyer Jonathan Katz has successfully defended hundreds of DWI defendants. Learn the positive impact that Jon Katz can have on your Virginia DUI defense, through a free completely confidential in-person consultation with Jon about your court-pending case, at 703-383-1100.