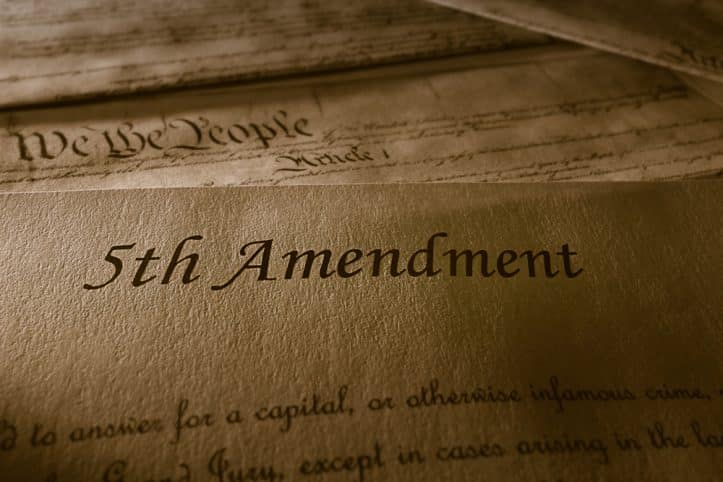 Virginia criminal rights waiver does not mean to throw in the towel, but instead tells accused some of the work that is in store for their defense

Virginia criminal rights need to be asserted by suspects and the accused. As a Fairfax criminal lawyer, I know that when defendants waive their rights, they should not give up, but instead their defense will need to include working to reverse and blunt the adverse effects from any waiver of their rights. The main rights that often get waived are the right to remain silent, to refuse searches, to refuse field sobriety tests (FSTs) in DWI cases, and to decline preliminary breath testing (PBT) before any Virginia DWI arrest. Today’s article addresses waivers of the first two rights, because the remainder have already been discussed before on this blog.

What are my Virginia criminal rights for remaining silent with the police?

Your Virginia criminal rights include the right to remain silent with the police. That right is guaranteed by the Fifth Amendment to the United States Constitution, as further protected through the Supreme Court’s decision in Miranda v. Arizona, 384 U.S. 436 (1966) .  This Fifth Amendment right to remain silent with law enforcement begins with your first encounter with police. Even though police are not obligated to advise you of your Miranda rights before being questioned after arrest or in custody for practical purposes.  Harris v. Virginia, 27 Va. App. 554 (1998). A key in asserting your right to remain silent is to do so clearly, consistently and unequivocally. Akers v. Commonwealth, 216 Va. 40, 46 (1975).

What do I do if I did not assert my right to remain silent?

If you answered un-Mirandized police questions after being arrested, your answers to those questions should generally be inadmissible. The key here with your Virginia criminal rights is whether you had already been arrested or were in custody for practical purposes (as discussed above), as determined by a judge. On top of that, the risk exists that police will claim to have Mirandized a suspect even if they did not, or police may mis-state the Miranda rule to the defendant or may unconstitutionally embellish on the Miranda doctrine, or may violate Miranda and only later advise of Miranda rights when too late to purge the ongoing taint of engaging in post-arrest un-Mirandized non-booking questions. Another risk exists that police will try to mis-portray an unwilling suspect as having freely and voluntarily spoken to police pre-arrest and / or to have waived their Miranda  rights when no such waiver took effect. Fortunately, more law enforcement agencies more often are audiotaping suspects’ encounters with police to have the audiotape available for the defense to review in pursuing suppression of the defendant’s statements to police, but audio does not always record the entire encounter with police, does not always provide clear audio, and does not always convey the non-verbal intimidation factors (such as a bunch of police overcrowding the suspect during questioning) that frequently are present during police questioning.

What do I do if I agreed to a search or provided limited consent to a search?

Police love to obtain a suspect’s consent to search their persons, belongings, homes and cars. Such consent against your Virginia criminal rights makes it harder for the defendant to later move to suppress the search on the claim of a violation of the defendant’s Fourth Amendment rights against unlawful searches, because when such consent is deemed by a judge to amount to a waiver of one’s Fourth Amendment rights, out the door goes such a suppression argument. Police also love consent searches, because it makes unnecessary the delay needed for them to write a search warrant application and to bring that application to a judge or magistrate to approve. Consequently, even if the police claim that the suspect or defendant waived their right to decline a search, the defendant still has the right to argue that no waiver took place, or that such allege consent was not freely and voluntarily made, and therefore was not a waiver of the defendant’s Fourth Amendment rights. Further, Supreme Court caselaw protects criminal defendants’ right to testify at a suppression hearing that a police search was unconstitutional, without that testimony being used against the defendant at the actual trial, except when used for impeachment purposes if the defendant testifies at trial.

How important is having a qualified lawyer for asserting my foregoing rights?

A qualified lawyer can identify, analyze and argue Constitutional and other critical issues that you did not even know existed, and can fully pursue your Virginia criminal rights. The sooner you obtain a qualified criminal defense lawyer to cover these and all other essential areas of your criminal defense, the better. The prosecution and police are not waiting for you to obtain a qualified lawyer for them to continue building their case against you. Having a qualified Virginia criminal lawyer on your side helps to blunt and reverse the efforts of the opposition.

Fairfax criminal lawyer Jonathan Katz successfully pursues your best defense against Virginia DUI, felony and misdemeanor prosecutions. Jon’s decades of experience obtaining multiple major victories for his clients can amount to a major positive difference in your own case when working with Jon as your attorney. Call 703-383-1100 to schedule a free in-person confidential consultation with Jon Katz about your court-pending case.