Flight in Virginia can make the difference between conviction and acquittal 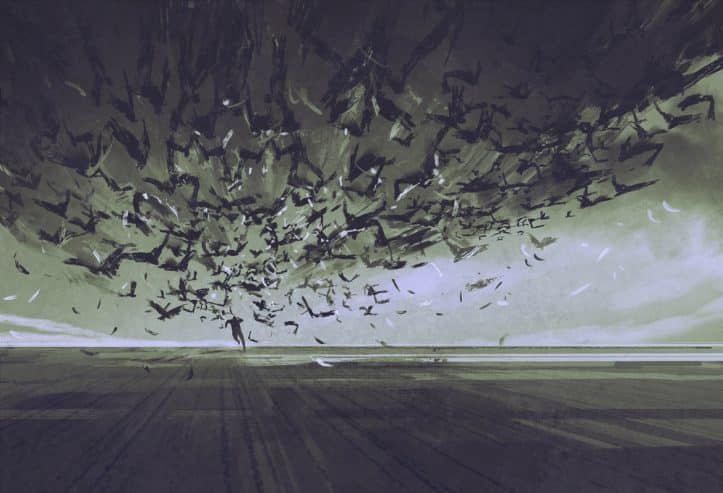 Flight can make the difference between a Virginia conviction and acquittal, says Fairfax criminal lawyer

Flight under Virginia criminal law sometimes can be akin to putting a target on one’s behind that says “kick me”.  As a Fairfax criminal lawyer, I know the human tendency to flee being caught by police and falsely (or even not falsely) charged before at least being able to get your affairs in order, or to flee when feeling unsafe near potentially dangerous people, or to flee in order to warn or protect others against dangerous people. A jury and a judge sitting in a non-jury trial is not obligated to hold fleeing against a criminal defendant — or even to consider fleeing to have happened in the first place — but certainly is permitted to use a defendant’s fleeing against him or her in deciding whether the prosecution has proven its allegation of guilty beyond a reasonable doubt, thus overcoming the Constitutional presumption of innocence to which all criminal defendants are entitled.

Does does leaving the scene even overcome the otherwise uncertainty about who pulled the trigger in the first place?

The Virginia Court of Appeals recently made the troubling move, when considering the fleeing ingredient, of affirming a conviction for two counts of malicious wounding under Virginia Code § 18.2-51 and one count of using a firearm in the commission of a felony, under Code § 18.2-53.1. This conviction is troubling because but for the evidence of the defendant’s flight the conviction may never have been upheld. Stone v. Commonwealth of Virginia, Record No. 0700-21-3 (Va. App. March 29, 2022) (unpublished). How did Stone get convicted, and why was her conviction affirmed? The disturbing nature of the allegation details are more sickening than could have been conjured by a professional author’s pen while merely sitting at a writing desk.

If you get caught in violence rising to the level of the feud between the Capulets and Montagues, you can be putting yourself in the crosshairs of possible arrest and possible conviction.

Take a lesson from a page of the Capulets and Montagues or any other feuding groups. If you stick around or participate in the conflict, you may get caught up in a dragnetting prosecution, being charged for alleged guilt by association, but with a more legitimate-sounding spin, if the prosecutor wants a conviction. Appellant was with a group of people who beyond got in the face of a shooting victim but also returned when the physical and serious fight could have simply been called resolved. Stone and another person returned to the scene in a brightly colored car. Soon thereafter, shooting complainant Davis saw Stone obtain a shotgun from that same vehicle. Andersson, who was speaking with Davis, saw Stone recover the firearm from the car’s passenger size. Stone. Then all hell broke loose, when Davis heard gunfire, while Anderson, saw Stone firing the firearm. Many shotgun pellets hit various parts of Davis’s body. Anderson got hit in his legs by shotgun pellets. Flight allegedly followed.

Why did Stone get convicted after his alleged flight?

Stone’s prosecutor’s evidence of alleged fleeing “showed that immediately after the shot, [Stone] and Thomas got into the car and fled.” That alleged fleeing plus Anderson’s testimony that he saw Stone firing from the shotgun. “’Headlong flight—wherever it occurs—is the consummate act of evasion: It is not necessarily indicative of wrongdoing, but it is certainly suggestive of such. . . . Flight, by its very nature is not “going about one’s business”; in fact, it is just the opposite.’ Illinois v. Wardlow, 528 U.S. 119, 124-25 (2000).” Stone. That is how the Virginia Court of Appeals affirmed Stone’s conviction for two counts of malicious wounding and one count of using a firearm in the commission of a felony.

Fairfax criminal lawyer Jonathan Katz fights for your best defense against Virginia DUI, misdemeanor and felony prosecutions. Learn great ideas for your defense through a free in-person consultation with Jon Katz about your court-pending case, at 703-383-1100.

Posted in Criminal Defense and tagged Fleeing and evidence of guilt, malicious wounding, Use of firearm in commission of a felony
← Conflicting prosecution testimony does not always mean a Virginia acquittalFST weakness gets pounced on and results in a DUI trial acquittal →