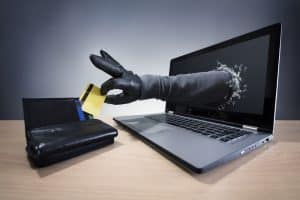 The elements of a larceny crime depend on which of the above-listed type of theft crime is being prosecuted. Fortunately for criminal defendants, the proof and number of witnesses needed by a prosecutor to obtain a theft conviction can get so involved and detailed (for instance with elaborate credit card fraud schemes involving multiple witnesses) that the prosecutor might either show up insufficiently prepared for trial or more ready to negotiate for a favorable settlement, preferably not resulting in a theft conviction.

Sometimes essential retail shoplifting case witnesses will no longer be store employees by the date of trial and might not appear in court for a larceny trial. Sometimes, an alleged misdemeanor theft victim can be convinced to seek a case dismissal under Virginia’s satisfaction and discharge law. A qualified lawyer can advise a theft defendant on such approaches. Sometimes, a criminal defendant has good prospects simply to win at trial.

Beware that the Fairfax OAR program ultimately to dismiss a misdemeanor larceny case for satisfying designated terms and conditions, as that initially requires at least a finding of facts sufficient to prove guilt, which can be harmful for immigration and other collateral prospects. On the other hand, one or more Virginia jurisdictions might offer a case dismissal without any adverse initial court finding (for instance to include completing the S.T.O.P. shoplifting class), which can be more attractive than the Fairfax OAR program. A qualified Virginia lawyer is needed to advise on how to proceed with all aspects of a theft case, and to fully defend one accused of larceny.