Pittsburgh synagogue massacre- How to address such hate and violence

Nov 04, 2018 Pittsburgh synagogue massacre- How to address such hate and violence 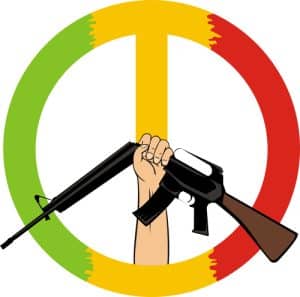 Pittsburgh is among the latest places to experience a mass murder, this time with Robert Bowers’s massacre at the Tree of Life/Or L’Simcha synagogue.

I do not know that I can write much more about this murder by Robert Bowers beyond what has been written by so many others. Even so, and even though I cannot blog on every single massacre lest this become a massacre blog rather than criminal defense blog, I feel compelled to write at least briefly about this massacre, from my perspective as a criminal defense lawyer, an opponent of capital punishment, a proponent of ending bigotry, a Jewish person, and an optimist seeing that even out of this tragedy we see the inspiration of Muslims (for instance) offering personal and financial support after this massacre, showing a bringing together of different religious groups rather than dividing them.

Not until I was in my thirties was I able to deal constructively with racial and religious hatred. In response to racist comments about non-white people, I previously sometimes would unleash invective on the speaker. I learned that it is more effective and powerful to respond more constructively depending on the speaker and circumstances.

I am Jewish. Bowers’s murders are far from the first time in recent history that murders have been committed based on the victims being Jewish. I cannot place more importance on protecting Jewish people against violence and bigotry than any other religious, ethnic, national or racial group.

No instant solution will reverse bigotry and bigoted-based violence. Bowers apparently blamed Jews for the migrant caravan,   and the Justice Department’s Criminal Complaint affidavit (and here is his indictment) asserts that “BOWERS commented to one law enforcement officer, in substance, ‘they’re committing genocide to my people. I just want to kill Jews.’ BOWERS repeated comments regarding genocide, his desire to kill Jewish people, and that Jewish people needed to die.”  For centuries, bigots have implicated Jewish people for their misfortunes, including as recently as this year when District of Columbia City Councilmember Trayon White, Sr., blamed the Jewish Rothschild family for controlling the weather. (See here and here.) Of course, I am sympathetic to the migrant caravan, and believe in a much more humane and understanding policy for admitting immigrants, considering asylum applications, and granting visas for people to live and work in the United States, believing that this approach is not antithetical to our national security, nor to a strong economy, where immigrants in so many ways contribute to a strong economy.

It is a mistake to believe that Bowers’s violently bigoted views and actions are isolated, but also a mistake to use such violence as an excuse to squelch free expression rights, Second Amendment rights, and civil liberties in general. Moreover, Bowers’s murders do not change my advocacy to abolish capital punishment, where the federal government is seeking the death penalty. Free expression does come at a price, and the First Amendment must remain robustly protected. Giving teeth to the Second Amendment is important to me, because once any part of the Bill of Rights is defanged, that provides ammunition to defang parts of the Bill of Rights that are more important to me, including the First, Fourth, Fifth, Sixth, Eighth and Fourteenth Amendments to the United States Constitution.

Will Bowers’s massacre change how I life my life? No. Granted, when I go to synagogue, I am going to a place that is less likely to be targeted for violence, because I prefer the egalitarianism, inclusiveness, and meaningfulness that is well represented by the Jewish Renewal and chavurot movements, which are generally less visible than more traditional synagogues.

Do I like the idea of attending any religious services with police security presence? No. Does that mean that I oppose having such security? No, so long as the police are not actively checking those entering the synagogue.

Do I advocate complete pacifism? No. I advocate everyone knowing how to self-defend themselves and I advocate collective preparedness for self defense — within the bounds of the law —  but of course in balance, and with force being left on hold (and sometimes as a known available stick) while peaceful means first are pursued, where a combination of available peaceful approaches can include compassion, persuasion, coercion, defanging,  legislation, and lawsuits.

As to Donald Trump’s polarizing words contributing or not to bigoted violence, of course his words are of no help and can encourage bigoted violance. I do not know the extent to which Trump’s bigoted supporters recognize or consciously overlook that Trump’s daughter Ivanka and son-in-law Jared Kushner (and their children) are themselves Jewish.