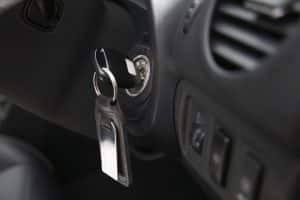 Preparing your DWI case defense needs to begin with little delay. My preference as a Virginia DUI lawyer is that you not get prosecuted nor convicted in the first place. Consequently, it is ideal for people to know their rights with the police and risks with alcohol before they ever get behind the wheel. This includes avoiding driving for at least many hours after drinking beer, wine and other alcohol; knowing your rights (and risks) to refuse field sobriety testing; knowing your right to remain silent with police; avoiding taking police roadside handheld breath alcohol tests; and knowing the difference between the latter testing and post-arrest breath and blood testing for alcohol content.

Being investigated and prosecuted for DUI can be an unnerving and even nerve-wracking experience, but preparing for DUI defense starts from the get-go. The police traffic stop throws the suspect off guard, and isolates him or her from calling family members and friends concerned about why the suspect has not arrived at the expected hour. Thusly a fish out of water, the accused is not in his or her best frame of mind, behavior nor performance as the police pressure the driver to answer questions, and use psychology to convince the driver to perform field sobriety tests that even plenty of stone sober people would find challenging, all the while with traffic whizzing by and legally mandated to remain with the police.

A DUI defendant will likely feel out of sorts until meeting with a qualified lawyer to answer the accused’s questions and to map out a strategy. While a lawyer does not usually need to be hired within a few days of a DUI arrest, it is important to meet with a lawyer soon after the incident to start preparing a defense strategy and plan towards the best possible outcome against the prosecution.

This is part one of a two-part article on defending against Virginia DUI prosecutions. Part two is here.

Virginia criminal lawyer Jonathan L. Katz pursues your best defense against DWI and drugged driving prosecutions, having successfully defended hundreds of clients charged with this offense, including taking hundreds of DUI cases to trial. To discuss your case with Jon Katz, please call his staff at 703-383-1100 to schedule a confidential consultation.