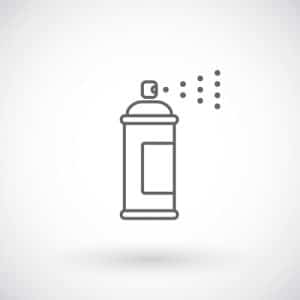 Speech is not always protected under the law, says Virginia criminal lawyer

Speech, more specifically free speech and free expression, is something I am zealous about protecting under the law. As a Virginia criminal lawyer, I know that we need the First Amendment to the United States Constitution not to protect speech and expression that everyone likes, but instead speech that upsets and angers many people.

This is the second part of my article underlining that hate speech must not lead to laws and government action eroding the First Amendment.

Dylan Mahone this year was convicted and sentenced in Fairfax County, Virginia, Circuit Court for spray-painting swastikas and other hateful messages on the Jewish Community Center and the nearby United Church of Christ, together with being convicted for property destruction and wearing a mask to conceal identity.

As with so many people, my introduction to the swastika was as a hateful symbol used by nazis as they murdered millions of people. Then, I learned that the symbol predates nazis by thousands of years, used for positive thoroughly non-hateful reasons in such places as India, on my tourist map that identified Tokyo temples, and even old Coca Cola promotions. Of course, when I saw swastikas tattoed to a client’s neck, I assumed that this was not for benign purposes.

To the Virginia Supreme Court’s credit, in 2001 it invalidated the Commonwealth’s statute criminalizing cross burning with intent to intimidate, saying:  “[D]espite the laudable intentions of the General Assembly to combat bigotry and racism, the selectivity of its statutory proscription is facially unconstitutional because it prohibits otherwise permitted speech solely on the basis of its content, and the statute is overbroad.” Black v. Virginia, 262 Va. 764, 553 S.E.2d 738 (2001), reversed, 538 U.S. 343 (2003).

The Virginia Supreme Court in Black concludes that: “Under our system of government, people have the right to use symbols to communicate.   They may patriotically wave the flag or burn it in protest;  they may reverently worship the cross or burn it as an expression of bigotry.” Id.

Based on the United States Supreme Court’s holding in Black, the Virginia Supreme Court subsequently validated the Commonwealth’s cross-burning statute,  saying that the government “may prohibit cross burning with intent to intimidate, even though it fails to prohibit the burning of other objects, because cross burning is significantly more likely to intimidate.”  Elliott v. Virginia, 267 Va. 464, 593 S.E.2d 263 (2004).

When Virginia’s law criminalizing swastika displays for intimidating purposes is challenged on First Amendment grounds, I would like to see the Commonwealth’s judges recognizing that content-based criminal statutes based on symbols should stop at cross burning, and not extent to the swastika, which for thousands of years before Hitler had a positive meaning.

This is the second part of a two-part article on hate speech and the First Amendment. Part one is here.

Virginia criminal lawyer Jonathan L. Katz‘s motivation for criminal defense stems from his devotion to civil liberties, which includes free speech. To discuss your felony, misdemeanor or DUI/DWI case with Jon Katz, please call his staff at 703-383-1100 to schedule a confidential consultation.