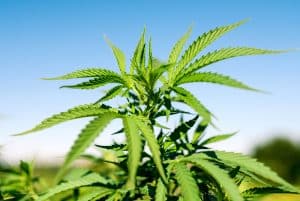 Steve Descano ran as a reformer to successfully replace the current Fairfax County, Virginia, chief prosecutor. Having won the general election, he has posted two critical recent Facebook articles as he approaches his early January 2020 swearing in. As a Fairfax criminal lawyer, I take note of his November 23 blog entry saying: “We are now working on the priorities the office should focus on from the moment Steve steps into office. We want to hear from you.”

I also am following who Steve chooses for his leadership team and which current Fairfax prosecutors he offers to continue with his administration, because of how that will directly impact my criminal case clients. I take it that he is making these moves in consultation with seasoned Fairfax-experienced criminal lawyers. Thus far, he has announced two key appointments, those being Terry Adams as his chief deputy and Jessica Greis Edwardson as one of his deputies.

I have known Steve’s deputy chief pick Terry Adams for several years. He is a compassionate attorney with a law enforcement and Marine background, whose law practice includes criminal defense. I look forward to that compassion being of benefit to my clients.

I have also known Jessica Greis Edwardson for several years and have had felony cases against her in Fairfax, where she is a senior prosecutor. I take it that Steve will not keep his predecessor deputy prosecutors, but will offer to keep many existing prosecutors in the name of continuity and experience. Some existing prosecutors may decline to join Steve, whether because of his reformist philosophy or lack of experience in the Fairfax courthouse.

As a Fairfax criminal lawyer I encourage county residents and others to give Steve Descano your two cents at his contact page, about such items as only infrequently seeking no bond / bail pending trial, deferring to criminal defendants about whether they wish to waive a jury trial, not prosecuting marijuana possession, amending hash oil cases to non-hash oil marijuana cases, eliminating prostitution police stings, and being reasonable about offering to negotiate DUI cases by eliminating mandatory minimum sentencing through amending alleged blood alcohol content downward and amending allegations of repeat offenses.

As a Northern Virginia criminal lawyer, I also am keeping my eye on the leadership team to be assembled by the incoming self-styled reformist chief prosecutors in Arlington County and Loudoun County, and also on the same that will happen with the less reformist incoming chief prosecutor in Prince William County.