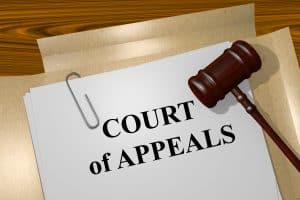 UPDATE (November 26, 2019): A Virginia state senator involved with judicial selection has indicated that there will be no quick action on putting Ray Morrogh on the Virginia Court of Appeals.

Urgent action is needed to prevent unseated Commonwealth’s Attorney Raymond F. Morrogh from filling a vacancy on the Virginia Court of Appeals, which is the first appellate stop for criminal and other appeals in Virginia. As a Fairfax criminal lawyer, I identify Mr. Morrogh with outdated overprosecution that followed in the footsteps of Mr. Morrogh’s former boss and decades-long chief prosecutor Robert Horan.

Urgent- If you do not act, Ray Morrogh may this week be elected to the Virginia Court of Appeals

Please urge your Virginia Senator and Delegate to prevent Mr. Morrogh from being elected to the Court of Appeals.

Please also contact some or all of the Virginia House and Senate Courts of Justice committee members with your opposition to Mr. Morrogh.

For some ideas of what you might say in your urgent action letter opposing Ray Morrogh for the Virginia Court of Appeals, here is the email I have sent to my state senator and delegate and all of the above-listed delegates and senators:

Information has come to me — a [insert your town] resident and lawyer in Fairfax — that Ray Morrogh is being considered as early as this week to fill a vacancy on the Virginia Court of Appeals. I urge the Virginia legislature not to make the mistake of electing Mr. Morrogh to this position.

Mr. Morrogh is a decades-long prosecutor in Fairfax , which has one of the Commonwealth’s busiest criminal dockets.  He apparently has very limited appellate experience, particularly from recent years. His regressive approach to prosecuting was defeated by reformer Steve Descano in Mr. Morrogh’s Democratic primary bid to remain the Fairfax Commonwealth’s Attorney. In the November 2019 general election, Mr. Morrogh supported the Republican-backed independent candidate Jonathan Fahey against Steve Descano in the general election. Mr. Descano won the general election by around a 20% margin.

The democratic will of Fairfax voters will please not be supplanted by installing Mr. Morrogh in as critical a position as the Virginia Court of Appeals, which apparently has only infrequent vacancies. If you wish me to suggest an alternative to Mr. Morrogh, one candidate for you to consider is  Catherine French Zagurskie, the appellate chief for the Virginia Independent Defense Commission / public defender’s office. Not only does attorney Zagurskie have essential, extensive and ongoing appellate experience before the Virginia Court of Appeals, but she will also add essential diversity to a Court that apparently has no judges with significant criminal defense experience before joining the bench.

Please reject Ray Morrogh for the Virginia Court of Appeals.

Fairfax criminal lawyer Jonathan L. Katz pursues your best defense against felony, misdemeanor and DUI prosecutions in Northern Virginia and beyond, including Fairfax County, Arlington, Prince William, Loudoun and Alexandria. To discuss your case in confidence with Jon Katz, please call his staff at 703-383-1100 to schedule a consultation.