Virginia DUI offensive is needed by those accused of impaired driving 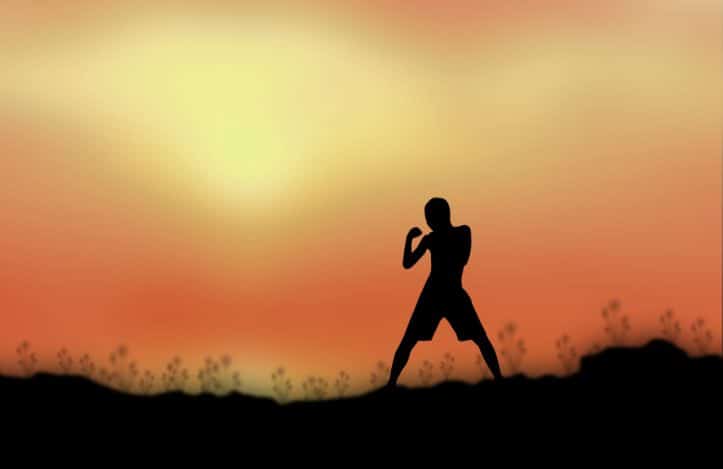 Virginia DUI offensive is what driving under the influence defendants need. As a Fairfax DUI lawyer, I am accustomed to talking about DWI defense and criminal defense, but in reality going on the offensive is repeatedly essential for the accused. By now, more than a generation’s mind has been poisoned by Mothers Against Drunk Driving’s (MADD’s) successful efforts to criminalize driving  at or over a 0.08 blood alcohol content (BAC), to force mandatory minimum jail on those whose BAC readings meet higher designated thresholds, and to force DUI-convicted people into suspended driving with restricted driving requiring them to blow into an ignition interlock device (IID) with a camera attached to invade your privacy. My venom against this undemocratic and authoritarian state of affairs arises not from any personal experience (I have never encountered a police officer with even a drop of alcohol in my system), but because we should never turn civil liberties on their head — as with the current DUI law scheme — so extremely as a remedy against driving under the influence of alcohol and/or drugs, particularly where one’s BAC (particularly when as low as 0.08) does not automatically translate into impairment. Nor do plenty of people even feel the effects of alcohol when as low as a 0.08 BAC, which makes the criminal justice system harder for people to respect.

Virginia DUI offensive calls for pushing for change in the legislature while skilled lawyers fully defend their clients in court. One apparent defense-beneficial change from the remarkable 2019 ballot box influx of reformist chief prosecutors in several Northern Virginia counties — including with the election of the current Fairfax County commonwealth’s attorney — is a greater frequency of more favorable case negotiations. I still take plenty of these cases to trial, but a key part of successful negotiation is for a Virginia DWI defense lawyer to be known as fearless and highly persuasive, skilled, and prepared in proceeding to trial. Frankly, I am stunned that any prosecutor would proceed to the trial date without having watched the incident video footage, but not all prosecutors view the footage. When a prosecutor has not thoroughly reviewed the evidence and discovery before entering plea negotiations — and police do not always re-watch the video to jog their memories — the Virginia DUI lawyer who has thoroughly reviewrf that footage has a vital upper hand for success at trial and for plea negotiations.

How much of the relevant science does my DUI lawyer need to know?

Virginia DUI offensive includes challenging the junk science and real science involved in field sobriety testing, the junk horizontal gaze nystagmus test, breath testing, blood testing, absorption and dissipation rates of alcohol into and out of the blood stream, GERD / acid reflux, and the effects of drugs and alcohol on driving ability. This means that your Virginia DWI defense lawyer needs to know the relevant science. Fortunately, I have not only absorbed myself into this science, but have also learned from several experts in challenging the reliability and admissibility of blood and breath testing and about acid reflux. With my pre-law school background as a corporate auditor and my prior experience dealing with medical issues as a lawyer and before, I eat up reviewing the raw data and then analyzing, synthesizing, challenging, and repackaging that information into powerful weapons for the defense.

Can my lawyer turn around the prosecutor’s and cop’s allegations into a persuasively winning story for the Virginia DUI defense side?

Virginia DUI police reports often seem like they are rehashed from prior reports, often claiming inability to maintain one’s lane or some other minor traffic violation; moving unsteadily; having slurred speech, bloodshot, watery and glassy eyes; and almost falling during field sobriety testing. Often my review of the incident video shows a much different and defense-beneficial story, including the lack of any slurred speech, totally normal eyes, and well-coordinated movements. Unfortunately, any inaccuracies that go into the police report tend to become their gospel, because police tend to handle so many other criminal arrests and investigations between the incident date and court date that police have little that they can remember of the incident that is independent of their report and (if they watch it) the incident video. For certain, the video does not show how strong the odor of alcohol was or was not (which is a subjective description to begin with) and does not provide a 360 degree view of what happened, nor provide any version of what happened before the video started recording nor after it stopped. Moreover, the audio portion of incident videos sometimes is inaudible or barely audible. A great Virginia DUI offensive develops and owns the story of the incident to the defendant’s best advantage

How well can my lawyer present a persuasively powerful alternative story to the prosecutorial claim that every mis-step must have been alcohol-fueled?

Being asleep in a running vehicle on the side of the street says nothing other than that the person is tired. Having lack of focus when dealing with police at 2:00 a.m. does not mean alcohol rather than exhaustion is involved. Stumbling during field tests can simply mean lack of coordination and orthopedic issues, and does not need to have anything to do with alcohol. A great Virginia DUI offensive includes a lawyer who fears no allegation and turns them to the defense advantage as best as possible, while reminding the judge and jury that the DWI defendant remains presumed innocent at all times unless and until the prosecutor has proven him or her guilty beyond a reasonable doubt.

Fairfax DUI lawyer Jonathan Katz has successfully taken hundreds of DWI cases to trial. The adverse fallout from a Virginia DUI conviction can be harsh. Learn the positive difference that Jon Katz can make for your defense, by calling 703-383-1100 to schedule a free in-person confidential consultation with Jon.