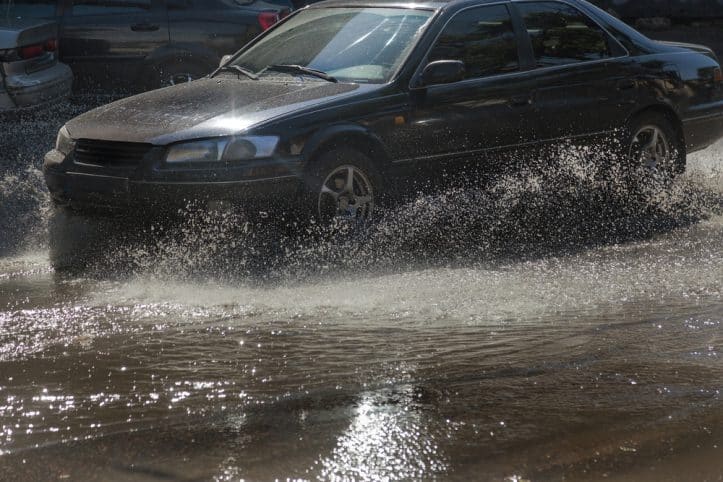 Virginia involuntary manslaughter (Virginia IM) prosecutions call for a full court defensive press, just as does with all Virginia criminal defense. As a Fairfax criminal lawyer, I know that anything less than full sharpness when driving on the roads can result in very serious accidents and very serious jailable charges when the result is a fatality. Driving a car is supposed to set us free, and not land us in front of an unsmiling judge and jury seeking ways to get their hands on us for causing someone else’s alcohol-influenced maiming or even death, whether or not with Virginia DUI. My job with my clients is not to berate them about such alleged behavior, but to pursue their best possible defense in court against these and all prosecutions.

Lester Labarge is an experienced truck driver who did not help paint a sympathetic picture of himself before the judge at his Virginia involuntary manslaughter bench trial under Virginia Code § 18.2-36. The fatal collision between Labarge’s tractor trailer and a firetruck — Engine 6 — that crushed a firefighter standing in front of his department’s vehicle took place in the midst of the remnants of Hurricane Michael, with flash flood and high wind warnings. The road conditions, heavy water and wind, and hydroplaning risk were so bad that the crew driving the firetruck that Labarge hit were sticking close to forty miles per hour on a highway on the way to a minor accident scene, rather than risking a collision if they had driven any faster. Labarge v. Commonwealth of Virginia, Record No. 0081-21-2 (Va. App., Feb. 22, 2022).

Virginia involuntary manslaughter defendant Labarge, on the other hand, was driving his truck in this hurricane mess at “‘about 65 miles an hour, it was raining really hard, and the wind was pushing [him] to the left, so [he] decided to change lanes into the left middle lane…’ When [Labarge] changed lanes, he ‘hydroplaned and lost control’ and struck the rear of Engine 6. Trooper Fleenor was also present during this interview. He recalled appellant stating that there had been heavy rain and wind on 295 South and that ever since driving onto 295 South the wind had been ‘blowing his empty trailer around.’ Appellant also said that when he approached the site of the accident, a crosswind struck his tractor-trailer from the right caused him to change lanes from Lane 3 to Lane 2. At that point, appellant’s trailer hydroplaned and veered to the left towards the fire truck; when appellant ‘attempted to correct the veer,’ he struck Engine 6.” Labarge. As I always say, when an actual or potential criminal suspect, assert  your Fifth Amendment Constitutional right to remain silent with the police.

What is the definition of  Virginia IM?

Fairfax criminal lawyer Jonathan Katz fights to the finish for those facing Virginia DUI, misdemeanor and felony prosecutions. One visit with Jon Katz will tell you the major difference he can make for your Virginia criminal defense. Call 703-383-1100 for a free in-person confidential consultation with Jon about your court-pending case.