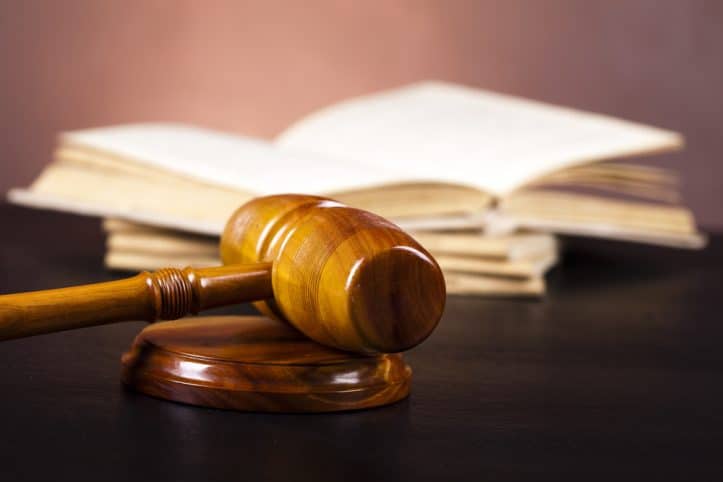 Broker criminal case settlements that minimize harm to the criminal defendant. As a Fairfax criminal lawyer, I know that needs to be a criminal defense lawyer’s watchword. A case in point is Evans & Conway v. Commonwealth of Virginia, ___ Va. ___ (Dec. 3, 2020), where the Virginia Supreme Court denied double prosecution relief and affirmed convictions for being felons in possession of a firearm despite respective convictions for concealed weapon possession, with both sets of convictions involving the same handgun.

Evans got caught with a separate misdemeanor and felony prosecution for the same handgun, and did not successfully broker a deal for only a misdemeanor conviction

Raequan Evans in July 2017 was caught by a bicycle patrol police officer with a handgun — a semiautomatic pistol — concealed under his shirt, without a concealed weapon permit. The officer handed Evans a summons for carrying a concealed weapon in violation of Virginia Code § 18.2-308. Three months later, the commonwealth’s attorney’s office for the same county obtained an indictment against Evans for possession of a firearm by a convicted felon, involving the very same firearm, pursuant to Virginia Code § 18.2-308.2. Evans. Why the prosecutor only indicted the latter charge and not both charges is unclear. Why the parties did not successfully broker a comprehensive deal is addressed below.

Apparently unsuccessful in efforts to broker a misdemeanor deal that would preclude a felony conviction, Evans’s lawyer unsuccessfully argued to the trial court, the Virginia Court of Appeals and the Virginia Supreme Court (in Evans) to dismiss the foregoing convicted felon possession prosecution, under Virginia Code § 19.2-294, which provides: “If the same act be a violation of two or more statutes, or of two or more ordinances, or of one or more statutes and also one or more ordinances, conviction under one of such statutes or ordinances shall be a bar to a prosecution or proceeding under the other or others. Furthermore, if the same act be a violation of both a state and a federal statute, a prosecution under the federal statute shall be a bar to a prosecution under the state statute.” Evans confirms that Code § 19.2-294 is not a reiteration of the United States Supreme Court’s Blockburger double jeopardy bar, but that the statute instead “bars a prosecution when: (1) The defendant was previously prosecuted – if the prosecutions are simultaneous, Code § 19.2-294 does not apply; (2) the prior prosecution resulted in a conviction – if the defendant was not convicted, Code § 19.2-294 does not apply; and (3) the prior prosecution was based on the ‘same act.’ In resolving this question, the court should compare the act proved in a prior prosecution with the act alleged in the successive prosecution to determine whether the act is the same: was it separated in time or location, was it a separate volitional act, and did the act differ in its nature?” Evans.

Evans ended up entering separate guilty pleas in separate courts (the District Court and Circuit Court) to misdemeanor concealed weapon possession and felony felon-in-possession of a firearm in Circuit Court. Clearly, Evans’s lawyer(s) knew of both prosecutions when working to broker a deal for both cases, where it would have been preferable to have entered a plea to the misdemeanor with a dismissal of the felony charge. The prosecutor probably declined that approach.

Why would a prosecutor wait over a year to charge a felony over the same handgun that got a misdemeanor guilty plea?

Maria Leslie Conway was narrowed down as the possessor of an abandoned handgun on the basis of police body video camera footage. She was charged and convicted for misdemeanor concealed weapon possession in 2016. The same prosecutor’s office waited over one year to then indict her over the same handgun, for being a convicted felon in possession of that firearm. Evans does not say whether Conway’s 2016 guilty plea over the weapon was or was not the results of efforts by the parties to broker a deal. Nonetheless, one is left to wonder why the prosecutor’s office then pursued a felony prosecution against Conway over the same handgun. Possible alternative explanations might include that Conway possibly entered her misdemeanor guilty plea without a lawyer and without a plea negotiation; the prosecutor in the misdemeanor case may not have considered that a felony prosecution was also possible; the prosecutor’s office perhaps experienced a change in personnel or policy about such felony prosecutions; or new alleged criminal activity by Conway may have led prosecutors to revisit how to treat the handgun she possessed. Regardless of the reason, this harks back to my last blog entry on being on guard over dangerous prosecutors, whether or not they intend danger.

How to broker a deal that avoids subsequent prosecution or harsh sentencing?

In working to broker a negotiation for a criminal defendant’s case that is in court today, the criminal defense lawyer needs not only to consider the current case, but also any other pending and potential cases against the criminal defendant. That consideration can lead to deals that comprehensively address all pending prosecutions (including preferably to dismiss some counts and to run the remaining counts concurrent for sentencing), agree for no further prosecutions arising from the same incident, and to permit the defendant to withdraw from the plea agreement if the judge will not bind himself or herself to a particular sentencing cap. Beyond that, criminal defense lawyers need to remember that the separate sovereigns doctrine does not bar federal prosecution for the same state-convicted criminal act, but Virginia Code § 19.2-294 provides protection against state prosecution for an act that was already convicted in federal court.

Fairfax criminal lawyer Jonathan L. Katz pursues your best possible outcome against Virginia DUI, felony and misdemeanor prosecutions. Jon Katz will be delighted to meet with you for a free in-person consultation about your court pending case, by appointment set through 703-383-1100.