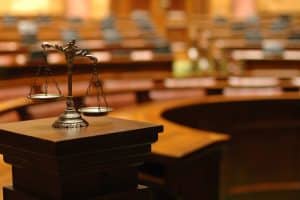 Child sexual offense prosecutions involve particularly damning accusations. As a Fairfax criminal lawyer, I know that additionally the prosecution in its case in chief may attempt to inform the jury of the defendant’s conviction of another sexual offense.. Va. Code § 18.2-67.7:1.; Va. S. Ct. R. 2:413. At the same time, such conviction evidence “may be excluded if: (a) the probative value of the evidence is substantially outweighed by (i) the danger of unfair prejudice, or (ii) its likelihood of confusing or misleading the trier of fact; or (b) the evidence is needlessly cumulative.” Va. S. Ct. R. 4-203 and Va. Code § 18.2-67.7(E).

Virginia’s foregoing evidentiary law for alleged child sexual offenses makes it all the more important to avoid a sex offense conviction in the first place, including rape, object sexual penetration, sexual battery, and sexual abuse of a minor. Of course most people do not expect to be prosecuted for a child sex offense. What expands the universe of potential defendants for such felony offenses is that all are strict liability offenses when children are the victims. This means that it is not a defense to claim that the child appeared to be an adult if the person was a minor, under eighteen years old.

As always, a Virginia criminal defense lawyer needs to be fully vigilant as to whether the prosecutor has met its legal burden to make such prior convictions admissible at a trial for an alleged child sexual offense:

“The Commonwealth [in a child sexual offense prosecution] shall provide to the defendant 14 days prior to trial notice of its intention to introduce copies of final orders evidencing the defendant’s qualifying prior criminal convictions. Such notice shall include (i) the date of each prior conviction, (ii) the name and jurisdiction of the court where each prior conviction was obtained, and (iii) each offense of which the defendant was convicted. Prior to commencement of the trial, the Commonwealth shall provide to the defendant photocopies of certified copies of the final orders that it intends to introduce.” Va. Code § 18.2-67.7(B).

In arguing that the balancing test for relevance under Va. S. Ct. R. 4-203 made his 1989 out-of-state rape conviction inadmissible at trial for a child sexual offense, Brown “objected that the prior conviction was not relevant because it was old and that the prejudicial effect outweighed the probative value. Appellant also pointed out that the fact patterns were different: in the Pennsylvania case, appellant was eighteen years old, and the victim was ‘a much older’ adult, whereas in the instant case, appellant is the adult, and the victim is a child.” The trial judge responded that “a conviction from 1989 ‘doesn’t have a lot of relevance’ to the proceeding, but the court admitted the conviction with the following statement: ‘I will let it in, but I will certainly weigh it with little weight since it was so long ago and it was not a similar circumstance.'” Brown.

“‘If, when all is said and done, the conviction is sure that the error did not influence the jury, or had but slight effect, the verdict and the judgment should stand . . . . But, if one cannot say, with fair assurance, after pondering all that happened without stripping the erroneous action from the whole, that the judgment was not substantially swayed by the error, it is impossible to conclude that substantial rights were not affected . . . . If so, or if one is left in grave doubt, the conviction cannot stand.’ [Clay v. Commonwealth, 262 Va. 253, 260 (2001)], (quoting Kotteakos [v. United States, 328 U.S. 750 (1946)] at 764-65).” Brown.

In finding harmless error in Brown’s child sexual offense trial, the Virginia Court of Appeals says: “Here, as the fact finder, the trial court gave little weight to the 1989 Pennsylvania conviction and in ruling on appellant’s guilt, did not mention the earlier conviction. [victim] J.C.’s testimony was corroborated by a DNA test showing appellant had impregnated her. While first denying any sexual contact with J.C., appellant later confirmed he had sex with her shortly after he was released from prison in 2014, when J.C. was fourteen years old. On cross-examination, J.C. testified that appellant gave her younger sister, K.C., money to go to the store so he could be alone with J.C. K.C. corroborated that statement.” Id.