Lighthearted patter by the lawyer should not mislead a criminal defendant 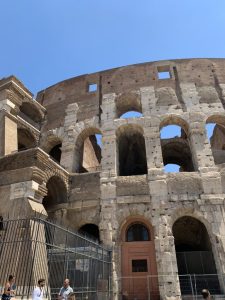 Lighthearted patter by the lawyer should not mislead a criminal defendant

Lighthearted initial approaches by criminal defense lawyers are fine if accompanied by readiness to tighten the vise and preparing the client to take a different approach, says Fairfax criminal lawyer

Lighthearted actions by criminal defense lawyers with police and prosecutors may seem like weakness to those untutored in persuasion. As a Virginia criminal lawyer, I have witnessed time and again that doing the opposite from unnecessarily putting cops and prosecutors and anyone else in fight or flight mode helps open their ears and beings to my efforts to inform and persuade them. As a for instance from another direction, had then-chief justice Virginia Harry L. Carrico not put me in hysterics during his lunchtime remarks at the mandatory civility session for new bar members, I would have not seen his human side but instead seen him as only a dangerous relic of the past when I thereafter read his misguided pen in upholding the convictions of Mildred and Richard Loving for their racial intermarriage, which unanimously and resoundingly got reversed by the United States Supreme Court.

Why should a criminal defense lawyers’ initial approach with prosecutors, cops, and any judges who have reputations as prosecutors in robes act anything but guarded with these people? I tell my clients that posturing and fang-bearing is not what is necessary to defang opponents and to persuade judges, jurors (and prosecutors for instance with negotiations), but to help people feel comfortable and at ease with the lawyer’s lighthearted initial approach so that they will be receptive to my messages. This is not about manipulation, which can be smelled, sensed, and recoiled against from a million miles away. This is instead about reaching Will Rogers’ conviction that he had never met a person he did not like. There is something to like in virtually everyone; we all spring from the same source, and evil only comes later with people who engage in evil thoughts and actions. We should never expect anyone to like us or feel more comfortable with us than we like or feel comfortable with them. That is the magic mirror at work.

One day I met a police officer for the first time who squeezed my hand too hard and too soon (meaning squeezing my fingers before the handshake had gotten into position). This could have been an effort at intimidation, or a pre-emptive strike out of fear, or maybe not, just as I remember a hypercompetitive lawyer businessperson from Manhattan — who himself has a lighthearted initial approach — doing the same thing to me when I first met him, socially, which I would have seen as obnoxious at best, except that I liked the rest of his personality very much. The person who introduced me to him — a strong person — admitted forgetting to tell me to expect such a handshake. I recognized after the fact that I needed to meet him at that time, when about to enter my last year of college, not only because he was an example of a lawyer who loved his work when I was warned about so many lawyers who dread their jobs (I love my work), but also because of his infectious killer instincts as a lawyer and businessperson. First impressions may be lasting impressions to some, but are not always accurate impressions.

Why would a prosecutor or cop bare fangs or otherwise stupidly posture on the first time meeting a criminal defense lawyer other than out of fear, arrogance, disrespect for the criminal defendant or the criminal defense role, disdain for the Bill of Rights, and the list goes on? Why should I care at that moment, when I can address it or not at a later date. So long as a criminal defense lawyer is fully prepared for battle and knows the case and applicable law cold, such posturing and fang bearing will not throw off the criminal lawyer’s game, should not convince the lawyer not to remain lighthearted as appropriate, but at best such cop or prosecutor may gain a few dastardly-obtained points with the judge and jury, but in the end that can backfire on them worse than diarrhea hitting a high-powered fan.

Relishing the fight and being lighthearted while winning

I relish a good fight. Trial battle is not made for amateurs nor dilettantes. Although it is nice to go through life not having to have engaged in a fistfight, I was in a number of them in grade school, before learning that fists can kill as we grow older. I learned early on to develop and use an initially mercilessly sharp tongue both defensively and offensively. Early on, I learned how to get under people’s skin. All of this has translated well in serving my clients, whether I am using these tools in my own actions, or am benefiting from them in knowing my opponent better in gaining a better fighting advantage. Being lighthearted and fully battle ready need not be mutually exclusive.

I remember a Brooklyn-born opposing lawyer who one day called me to fulfill his procedural obligation to notify me orally of his intent to set a court hearing before doing so, in anything but a lighthearted approach. It was not necessary for him to speak as caustically and abruptly to me in the process and to so abruptly hang up the phone. Of course, when I next saw this opposing lawyer in the courthouse hallway, he had no button to click to get away from me. Soon after greeting this opposing lawyer, I asked: “Are you from Brooklyn?” “Yes.” “I knew it.” “How did you know?” “Because your approach with me on the phone the other day was unnecessarily abrupt, as if you thought you could gain a psychological advantage over me with such nonsense.” “Okay.” “I grew up not far from New York City, and through that and summer camp already have dealt with my share of New Yorkers.” “Okay.” “Your Brooklyn blather does not work with me. You might want to save it for an opposing lawyer who might get thrown off by it.” “Okay.” Never did he bother me again, but probably tested other opponents with such obnoxious ways.

Having winning compassion for the opponent and everyone else

Among its bizarre scenes, Tim Robbins’s essential Going After Cacciato , to my best recollection, has generals kissing the foreheads of their soldiers who are about to be executed on their orders. Robbins probably intended this as an example of the insanity of warfare, but I also see it as an extreme example of having powerful compassion for everyone, even our most evil and immoral-seeming opponents. Something made them evil and immoral in the first place. When we have compassion even for them, and do not lose our ability to be lighthearted in the process, we are better able to have compassion for and to take good care of our clients and ourselves and our spirit, and have removed another roadblock to understanding our opponents on the way not to figuratively slay them — because that is not the purpose of criminal defense battle — but instead to reveal my opponents’ true selves on the road to figuratively removing their armor in the process of reversing my client’s adverse situations as best as possible and to obtain as much justice and victory as possible.

One of my favorite judges one day acted uncharacteristically and unnecessarily harshly one day in declining a simple request I made for a convicted client. (And the next several times I saw him again, he was once again a true delight to my clients’ non-disadvantage and in tone of voice.) If he can act that way, any judge can. (Then again, one’s devotedly loving dog for no apparent reason might viciously attack its human companion.) The best mindset even with a criminal defense lawyer’s favorite judge is to enjoy and appreciate when they act and rule favorably to the defense, not to get distracted by their other hand when any judge talks in a lighthearted manner, and to be ready for their next beneficial move at the moment when they are acting the opposite.

Similarly, while I enjoy the greater humanity being displayed in the Northern Virginia prosecutors’ offices now run by self-styled progressives and reformers — and had a great recent experience obtaining a case dismissal with a seasoned criminal defense lawyer-turned-prosecutor who is particularly fond of restorative justice — they all are still prosecutors and have their own agendas. My very approach of having battle-ready compassion and an initial lighthearted approach for my opponents makes it easier for me to transition quickly between working well with prosecutors trying to work rather cooperatively with me to prosecutors engaging in unnecessary fang-bearing and nastiness.

Plenty of lawyers do not want to do criminal defense. Aside from those who have proclaimed criminal defendants to be scum, many of the rest recognize the stress and messiness that can come with criminal defense work. I instead thank Russell Crowe and the makers of the Gladiator movie for reminding me that I keep my focus on winning as much as possible for my clients by not expecting fair rules, fair-fighting prosecutors and cops, nor even always fair and neutral judges, but by welcoming when that fairness happens, while knowing that such fairness may only be for a fleeting moment. (And Crowe’s Maximus character is an example of the times when we must battle without a lighthearted approach.) We do not expect fairness from an attacking rabid dog, nor should we be expected to get angry at such a dog. Nor should we ever get angry at an underhanded-acting prosecutor, cop nor judge. For starters, anger weakens. Instead, when any of them see how capably cool and collected is the criminal defense lawyer, they may have a glimmer or more of fear of what will happen when and if — on the criminal defender’s own terms — the lawyer reveals and acts on those trespasses.