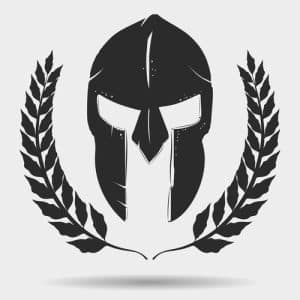 Dwelling on potential and actual failure obscures the path to victory. Complacency in past and future victories weakens the chance for more victories. As a Fairfax criminal lawyer, I know — just as great athletes know — that my chosen profession in criminal defense means many thrills of victory tempered by the agony of defeat.

Virginia criminal attorney on never giving up nor giving in

Some criminal defense lawyers reason that losses can be explained by the very crimes committed by their clients. All that concept does is, at best, to distance the lawyer from truly feeling the client’s plight and, at worst, to blunt the potential for fully engaging on a path to a victorious outcome by not committing fully to a beneficial case outcome and internalizing a victorious path. In reality, my clients include those who have committed no crime at all; those against whom the prosecution evidence is weak; those who have committed a crime, but not as serious as some of the counts against them; those who have committed crimes, but who face mandatory minimum sentencing schemes or other sentencing exposure that is grossly disproportionate to the crime committed; those who can benefit from high-quality sentencing assistance; those risking harsher negotiations, verdicts and sentencing due to the color of their skin or other prejudicial reasons; and those charged with crimes that should not be crimes at all (for instance marijuana, prostitution and soliciting prostitution activity, intoxication/drunk in public, and gambling).

At our best, we criminal defense lawyers are proverbial gladiators, constantly facing uneven playing fields, dirt thrown at our eyes, backstabbing, and judges who are prosecutors in robes rather than obeying their judicial oaths. While we endeavor to reform the system to align better with the Bill of Rights, we fight for our clients in the courthouse battleground they are forced into, because the alternative is unacceptable.

Fairfax criminal lawyer Jonathan L. Katz relishes battling for justice for his clients. Jon will be delighted to discuss your case with you, through a confidential consultation scheduled through his staff at 703-383-1100.