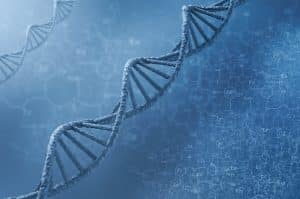 Incriminating evidence can abound in a lawbreaker’s abandoned garbage. As a Fairfax criminal lawyer, I know that police can be like vultures waiting for drug suspects and subjects of DNA-related criminal investigations to dispose of their trash on the street or anywhere else where police can get lawful access. From there, if the police get a positive illegal drug test on any of the garbage, or a DNA match to a crime suspect, law enforcement then often presents a judicial officer with a draft search warrant to search the home of the alleged drug offender, and to obtain a DNA sample from residents of the home, respectively.

Do I have a Fourth Amendment right of privacy against incriminating evidence in my garbage?

Garbage by definition can imply abandoned property, and yield incriminating evidence. Fourth Amendment jurisprudence limits one’s standing to contest a police search or seizure of one’s property to situations where the criminal suspect or anyone else has a reasonable expectation of privacy. Certainly, if police seize garbage from a garbage can left on a person’s driveway, that presents a possible argument that the trash was not yet abandoned, because perhaps the garbage can owner will change his or her mind about something s/he threw out and retrieve it. However, once the trash can is left on the street, that presents a much tougher claim of reasonable expectation of privacy, when no trespassing can be involved for any person to open the trash can and remove anything they want therefrom, despite the possible attendant stink.

Should I always shred documents?

All abandoned garbage is fair game. If police are really hot on the trail of a criminal suspect, they might even pounce on a cigarette butt that a criminal suspect tosses on the street or into a public garbage can, or any other material that the suspect parts company with. Documents we part company with are fair game not only for police but for anyone else. Therefore, as a Fairfax criminal lawyer, I know the importance for even innocent people with no apparent incriminating evidence, to shred sensitive documents, and to consider going as paperless as possible in the first place by instead using digital / computer technology more often.

Will the Virginia courts protect my abandoned garbage from convicting me? Fairfax criminal lawyer finds that unlikely

Lovchik got convicted in Fairfax County, Virginia, Circuit Court based on a combination of his recovered abandoned incriminating DNA (from his trash) and his having admitted in excruciating detail to his wife his repeated behavior along the lines of breaking into women’s homes, forcing them to perform fellatio on him, forcing them to swallow his ejaculate, and having them drink liquid in an effort to eliminate the DNA evidence. After getting a DNA match in a certificate of DNA analysis from Lovchik’s garbage with a Fairfax torture session of a home break in and forcing the four women therein to disrobe, be blindfolded and to perform oral sex on the perpetrator, police successfully obtained a search warrant to obtain buccal swabs and other biological samples from Lovchik. In the resulting certificate of analysis, the Virginia Department of Forensic Science (“DFS” or “VDFS”) “concluded that the probability of randomly selecting a person unrelated to appellant with a DNA profile that matched either of the two extant DNA profiles was 1 in greater than 7.2 billion.” Lovchik. Unfortunately for Lovchik, the perpetrator’s forcing the women to drink Gatorade after he forced fellatio on them, did not get rid of all the semen remnants, and Lovchik got convicted.

In affirming Lovchik’s conviction in the Fairfax Circuit Court, the Virginia Court of Appeals concluded about the incriminating evidence:  “Based upon the facts of the instant case, we conclude appellant had no objectively reasonable expectation of privacy in his DNA identification profile as developed from DNA found on objects he had abandoned. Thus, we hold that the trial court did not err by denying appellant’s motion to suppress.” Lovchik.