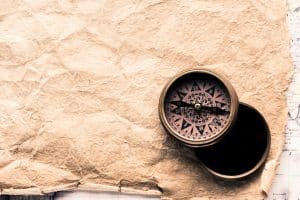 Navigating around potential Virginia DUI sentencing pitfalls is essential for a criminal defense lawyer. As a Virginia DUI lawyer, I look not only at ways to obtain an acquittal, but also at the DWI sentencing risks in the event of a conviction. Those risks might include mandatory minimum sentencing for allegedly elevated blood alcohol levels, having a prior conviction for a substantially similar offense, and driving with a minor present in the vehicle. Va. Code § 18.2-270. I also look at such possibly aggravating sentencing factors as high speed and accidents connected to alcohol consumption.

Virginia DUI lawyer on the three possibilities on a trial date

On a DUI or any criminal trial date, the defense has three choices in navigating the case: Proceed to trial, seek a negotiated settlement, or seek a case continuance based on good cause shown. Proceeding to trial usually means that settlement negotiations have not succeeded. Seeking a postponement needs to consider whether settlement negotiations will be better, worse or the same on any next court date, and whether the prosecutor will have a strengthened or weakened case in the light of more preparation time for both sides that results from a continuance.

Seeking a DUI negotiated settlement before moving to postpone the trial

A trial date postponement is not guaranteed, being within the sound discretion of the trial judge. Usually it does not hurt first for the DUI attorney to seek a favorable negotiated settlement, whether that be for a dismissal with or without conditions, an amended charge to a count more favorable than DWI, or a sentence more favorable than the likely sentencing range if convicted at trial, in navigating the defense.

In a recent comparatively successful settlement negotiation, my client was facing an accumulated thirty day mandatory jail minimum if convicted of the original charge of DUI after a prior DWI conviction within ten years (ten day mandatory jail minimum) on top of a blood alcohol content (BAC) over 0.20 (an additional twenty days due to the prior conviction). The prosecutor told me that he and the police officer did not have a certified copy of my client’s prior DUI conviction (which could easily have been obtained with a short drive to the neighboring county courthouse, so it was only a question of whether that drive would be made), and was offering to amend the charge to first-time DUI with the resulting ten-day mandatory jail minimum for the elevated BAC, together with a delayed jail start time and immediate restricted driving privileges (versus the four month wait for such privileges for a second offense conviction within ten years). Under the circumstances, that was a very good negotiated settlement.

As always, negotiating must be from a position of strength, always trial ready in the event of unsuccessful case negotiations, a client who insists on a trial no matter what or changes his or her mind about negotiations, or any other circumstances that call for a trial.

Virginia DUI lawyer Jonathan L. Katz pursues your best defense against DWI, felony, and misdemeanor prosecutions. To discuss your case with Jon Katz, please call his staff at 703-383-1100 to schedule a confidential consultation.