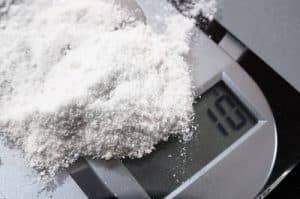 Repeat drug convictions risk mandatory minimum and enhanced prison sentencing both on the Virginia state and federal court level. As a Virginia criminal attorney, I know that the financial incentives to deal illegal drugs might seem attractive, but also know that the incarceration risks are substantial. Additionally, Virginia drug laws are so harsh that even the simple possession of a Schedule I or II drug for personal use (other than marijuana) is a felony rather than misdemeanor offense.

As a Virginia drug lawyer, I know the importance of exploring a possible accommodation offense for any client charged with manufacturing, selling, distributing, or possessing with intent to manufacture, sell, give or distribute a controlled substance or an imitation controlled substance. Va. Code § 18.2-248(D). Getting an accommodation conviction for a Schedule I or II drug means a Class 5 felony conviction rather than worse. An accommodation conviction is available for “those charged under the Virginia Code with dealing a Schedule I or II drug, if the defendant proves that such activity was “only as an accommodation to another individual who is not an inmate … and not with intent to profit thereby from any consideration received or expected nor to induce … to use or become addicted” to drugs.

Dominique Jamar Jones did not let well enough alone with having achieved a Virginia Class 5 felony drug accommodation conviction. Instead, he picked up repeat drug felony charges stemming from several controlled drug purchases from Jones and a search warrant executed at his home that revealed cocaine. Jones proceeded to a non-jury/bench trial for his subsequent arrest. Jones v. Virginia, ___Va. App. ___ (Dec. 26, 2018).

The trial court rejected Jones’s lawyer’s argument that Jones’s felony drug accommodation conviction could not be counted for repeat sentencing enhancement. This week, the Virginia Court of Appeals agreed. Jones.

In affirming Jones’s drug felony conviction, the Virginia Court of Appeals determined that:

Virginia law provides that a second drug dealing conviction for a Schedule I or II drug allows for up to “imprisonment for life or for any period not less than five years, three years of which shall be a mandatory minimum term of imprisonment.” Here, the circuit court sentenced Jones to a “total of seventy years of incarceration, with fifty-five years suspended.”

Virginia criminal lawyer Jonathan L. Katz pursues your best defense against drug, marijuana, felony, misdemeanor, and DUI/DWI prosecutions. Jon will be delighted to discuss your case with you, by a confidential consultation scheduled through his staff at 703-383-1100.