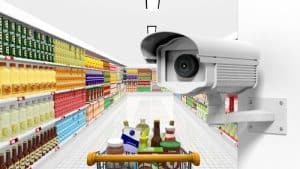 Theft prosecutions cannot be obtained in Virginia without proof beyond a reasonable doubt of the date of the crime and that the item(s) allegedly stolen had at least some value. Wright v. Virginia, Record No. 1373-17-3 (Va. Appl, Oct. 30, 2018) (unpublished). As a Fairfax criminal lawyer, I congratulate Allan Wayne Wright, Jr., for going to trial for — and on appeal beating — his prosecution for alleged repeat misdemeanor theft, under Virginia Code § 18.2-104.

Wright was prosecuted after video from a liquor store (that is, a Virginia Alcohol & Beverage Control Authority/ ABC store) showed him swiping an unknown item from a shelf and concealing it in his pocket.

Fortunately for Wright, the prosecutor did not present sufficient evidence to prove the date of the incident (the record does not show that the date of the videoed incident was offered nor admitted into evidence) nor that the item he swiped had any value, even though an ABC store employee (“Employee”) hired subsequent to the incient date testified that nothing in the store is without value.

The prosecutor relied on the incident video, which shows that  Wright had swiped and pocketed something from the whiskey section, but does not show what Wright had swiped, let alone whiskey.

Wright did get convicted at his bench trial, which underscores the importance of considering the appellate option when convicted.

In convicting Wright the judge nonetheless did comment on the limited strength of the prosecutor’s evidence: “You know, Mr. Hubbard [the prosecutor], you just wonder if ABC wants to prosecute people for stealing why they can’t take a little better care of their evidence. Maybe they can’t, they just the way the system is set up and the way the video is and this and that and the other, they just can’t preserve that.”

Fairfax criminal lawyer on the importance of considering appealing convictions

It is too bad that Wright is not published, in order to give the opinion precedential authority. First, I usually like all defense-favorable criminal appellate opinions to be published. Second, Wright has such great defense-favorable language as the following:  “[T]he circuit court must have also inferred that the items appellant placed in his pocket were items that belonged to the store and were worth some value. Although such inferences may be reasonable, making one inference based only upon another inference is an impermissible means to find the evidence sufficient for appellant’s guilt beyond a reasonable doubt.” Wright (relying on Smith v. Commonwealth, 247 Va. 157, 159 (1994).

Fairfax criminal lawyer Jonathan L. Katz will be delighted to discuss your felony, misdemeanor or DUI/DWI case with you, by your calling Jon’s staff at 703-383-1100 to schedule a confidential consultation.