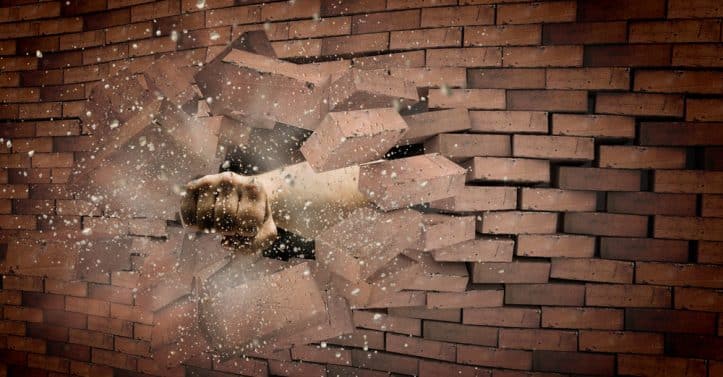 Three keys are at your fingertips to make a potentially huge difference between success and a nightmare in Virginia criminal court. As a Fairfax criminal lawyer, I have time and time again witnessed the key difference that exercising these three steps can make. These steps are simple to understand and remember, but even many people who know them disregard them, sometimes more than once. What are these keys? Exercising your Fifth and Sixth Amendment right to remain silent with police, orally asserting your Fourth Amendment right to refuse searches (but not putting up physical resistance to searches), and obtaining a suitably qualified lawyer early on for your defense.

Asserting your right to remain silent is among the most important of these three keys to success in your Virginia criminal case. People of few words can be among the best exercisers of this right. Regularly garrulous people — and those uncomfortable being in silence with others — may need to make an extra effort to remain silent with police. Police are well trained and well experienced to create discomfort for people who decline to answer their questions. When comparing any such discomfort with the discomfort of a Virginia criminal conviction and even a jail sentence, anyone would choose the latter type of discomfort any time.

Can my silence with the police be used against me?

Silence being one of the three keys to a great Virginia criminal defense, doing the opposite becomes a challenge to opening the door to success in court. Nonetheless, some criminal suspects worry that their silence will be adversely used against them. Fortunately, the governing court caselaw in Virginia does not allow a criminal defendant’s post-arrest silence with the police to be used against him or her, and the same goes with pre-arrest silence so long as the suspect or defendant clearly states that s/he refuses to answer police questions beyond booking questions. Anything short of resolutely asserting one’s right to remain silent can backfire on the criminal defendant. That means deciding to answer some police non-booking questions but not others is not a resolute refusal to answer police questions.

Police experience the lows of boredom (for instance when patrolling the streets for hours without any interesting activity) and the highs of catching a lead and more. We have no obligation to serve their interests in interrupting and reversing boredom, which includes our need to refuse police searches, even though it is easier for police to search a person’s clothing and property by their consent, rather than going to a Virginia magistrate or judge to seek a search warrant, which is not always going to be granted. If the prosecutor at your trial tries to introduce evidence of your declining a search, caselaw exists to argue that such refusal is inadmissible at trial. Remember, orally declining police searches is among the three keys to improving your odds in Virginia criminal court.

Obtaining the right Virginia criminal defense lawyer for you

Going to Virginia criminal court is like visiting a different galaxy, even if it does not look that way at first blush. The sooner you obtain a relevantly qualified lawyer, the better. That is the third of the three keys to great criminal defense. The prosecution and police are not waiting for you to obtain a lawyer for them to build their case. Do not get caught too long with a qualified lawyer in going against the prosecutor and cops.

With Virginia DUI defense, there are not only the above three keys to a great defense, but five keys. One of those extra keys is knowing and exercising your right to refuse field sobriety tests, while knowing that such refusal is permitted to be considered at your trial. The fifth key is the importance of refusing the preliminary breath test.

Are you a Virginia DUI or criminal defendant seeking a lawyer? You have come to the right place. Call Fairfax criminal lawyer Jonathan Katz for a free confidential in-person initial consultation, at 703-383-1100.