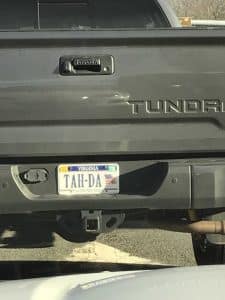 Curitlage seizures take place when police detain a person on “’the land immediately surrounding and associated with the home.'” Saal v. Virginia, 848 S.E.2d 612 (2020) (quoting Oliver v. U.S.., 466 U.S. 170 (1984). As a Fairfax DUI lawyer, I know that because “the curtilage is ‘considered part of home itself for Fourth Amendment purposes[,]’ the amendment’s protection against unreasonable searches applies to such areas.” Saal (again quoting Oliver) (and quoted in Arreola v. Commonwealth of Virginia, Record No. 2074-19-2 (Va. App., Nov. 10, 2020) (unpublished).

In Arreola, the Virginia Court of Appeals okayed the police warrantless investigatory stop of Arreola as she sat in her running vehicle in her driveway (thus curtilage) with her car door open, because law enforcement had reasonable suspiction that Arreola had recently committed a Virginia DUI under Va. Code § 18.2-266, or a reckless driving offense, based on the detailed reporting of a concerned civilian who trailed Arreola’s vehicle with his car over a significant driving distance. Arreola (for instance citing Prado Navarette v. California, 572 U.S. 393 (2014) (allowing an anonymous tip that the suspect almost ran the tipper off the road was sufficient reasonable suspicion to stop for alleged DUI, but Prado Navarette did not address police curtilage entry).

How does reasonable suspicion rather than probable cause allow police to enter curtilage?

Arreola does not seem to explain how reasonable suspicion of criminal activity — versus the higher-burdened probable cause —  justified police entry onto Arreola’s curtilage. Absent “‘(1) exigent circumstances and probable cause or (2) consent, law enforcement agents cannot enter the curtilage of a person’s home either to search or seize without previously obtaining a warrant.’” Robinson v. Virginia, 47 Va.App. 533, 625 S.E.2d 651 (2006). “It is generally recognized that, absent any affirmative attempts to discourage trespassers, owners or possessors of private property impliedly consent to have members of the general public intrude upon certain, limited areas of their property.” Id. However, Arreola justifies police entry onto the defendant’s driveway not through implied consent, but by simply concluding that police had made a “reasonable intrusion[] for purposes of the Fourth Amendment“, which, again, is watered down from the foregoing probable cause requirement in Robinson.

Probable cause to arrest requires more evidence than presented in Arreola

It is fortunate that Arreola is an unpublished Virginia Court of Appeals opinion, and therefore without binding effect, both based on Arreola‘s foregoing watering down of the Fourth Amendment standard for allowing police entry onto one’s curtilage, and also becuase of Arreola’s watered-down approach to probable cause to arrest when concluding that clear probable cause to arrest existed under the following circumstances:  “In this case, upon approaching appellant, [police officer] Gomes noticed indicia that [Arreola] had consumed alcohol: there was a strong alcohol odor, appellant’s speech was slurred, her eyes were watery and bloodshot, and her appearance was disheveled. During the detention, appellant did not perform in a satisfactory manner upon the field sobriety tests Gomes administered. Considering these factors with [civilian witness] description of the reckless manner appellant had driven the car within the previous fifteen minutes, Gomes clearly possessed probable cause to arrest appellant for DUI.” Arreola (citing Jones v. Commonwealth, 279 Va. 52, 60 (2010). No “clear” probable cause exists in the absence of details about a Virginia DUI suspect’s manner of walking and movement once out of the vehicle. Nor does probable cause exist on the baldfaced police officer conclusion that the DWI suspect did not perform the junk science field sobriety tests in a “satisfactory manner.”