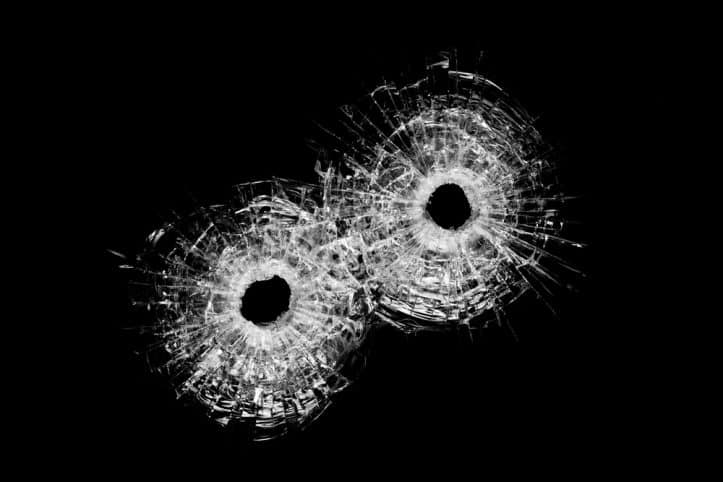 Protect yourself when police ask you questions when a criminal suspect or potential suspect. As a Fairfax criminal lawyer, I know you help yourself by asserting your Fifth Amendment right to remain silent with police, your Sixth Amendment right to demand the assistance of a lawyer, and your Fourth Amendment right to refuse to consent to searches. Rather than asserting his right not to answer police questions, Derrick Gerard Tucker, Jr., blabbed after a fatal shooting, and got convicted of first degree murder, use of a firearm in the commission of malicious wounding. The Virginia Court of Appeals affirmed his conviction this month. Tucker v. Commonwealth of Virginia, Record No. 1817-19-2 (Va. App., March 9, 2021) (unpublished).

If I give Virginia police inconsistent defenses for my allegedly criminal behavior, do I fail to protect myself in court?

As a Fairfax criminal lawyer, I know that the reasons for criminal suspects to protect themselves by not talking with police are nearly unlimited. The damage from not remaining silent with cops sometimes can be severe. Derrick Tucker proverbially shot himself in the foot when, after Virginia police found him (and did not have to tell him his right to remain silent if he was free to leave), he took detective’s bait questions about whether Tucker had fired some gunshots into the air to scare victim Everette Tucker (no relation to defendant Derrick Tucker). Tucker answered affirmatively, but probably soon realized his gaffe of providing that answer, in that it did not explain how Everette Tucker’s car passenger got fatally shot in the head and how Everette Tucker got shot on the side while driving away from the defendant.

Now caught in a police net by his not following my admonition to protect yourself with silence with the police, “Tucker was unable to recall how many shots he had fired. [Detective] Christian then asked where the gun was located, and Tucker told him there was no gun. He stated, ‘I didn’t have no gun… When Christian questioned him about what he fired into the air, Tucker stated, ‘Whatever y’all think I shot’… Tucker continued to deny that he had a gun, then later in the interview explained that it was an orange cap gun. Finally, Tucker stated that he ‘[m]ight have been trying to scare him'”. Tucker. That totals at least three diametrically opposed explanations, when silence would have created no inconsistency.

Because he did not protect himself with silence, Derrick Tucker’s Virginia murder conviction snowballed from a nearly nothing of an alleged verbal slight. Everette Tucker drove to Ms. F_____’s home to purchase single cigarettes, as he had done numerous times before (whether to save money or to avoid oversmoking). Upon Everette’s parking his car for the purchase, defendant Tucker’s mother came outside and asked Everette to move his car to avoid blocking her driveway. Everette instead allegedly responded angrily, left his car there, and walked to Ms. F_____’s home to purchase his nicotine fix.

Inside Ms. F____’s house, where Ms. F_____ was either not present or else absent, Derrick Tucker confronted Everette about Everette’s verbal [mis]treatment of Derrick’s mother. Derrick lifted his shirt to reveal a handgun butt on his hip, stated his connection to his mother who asked Everette not to park where he did, and said that if “Everette had ‘said anything to [Derrick’s mother],’ it would make him ‘want to do something’.” One can protect themselves not only by silence with the police but also with not uttering such reckless language to laypeople.

Surreal is that Derrick Tucker made good on that threat, and then did not protect himself in talking with the police. Everette left without making a purchase, drove away with his passenger, heard gunshots smash his rear car window, got hit on his side by a bullet, turned around to see Derrick Tucker continuing to shoot at his car, and almost immediately felt his mortally wounded passenger fall into his lap. All this snowballed from Everette’s allegedly dissing Derrick Tucker’s mother over a parking space.

At trial, Derrick Tucker’s lawyer asked the judge to add an instruction to the jury on voluntary manslaughter (VM), but Tucker did not protect himself with silence with the police to have presented such an instruction. “Tucker argued that the trial court erred in refusing to give the requested waterfall instruction [instructing the jury on first and second degree murder and manslaughter] including the offense of voluntary manslaughter ‘based on the scintilla of evidence from
[Tucker’s] interview that he may have just been trying to scare Everette . . . . ‘” Tucker. In affirming Tucker’s first degree murder conviction and okaying the trial judge’s refusal to give the jury a voluntary manslaughter instruction, the Virginia Court of Appeals stated that “for Tucker to have been entitled to the instruction he sought related to VM, the evidence, when viewed in the light most favorable to him … had to support a conclusion that he intentionally killed Perry as a result of passion or provocation resulting from something other than a mere exchange of words.” Id.

Since firing a handgun into the air to frighten Everette would not have been an intentional killing, Derrick Tucker’s first telling the police he simply intended to shoot to scare Everette did not provide a manslaughter defense. The Virginia Court of Appeals in Tucker further underlines that: “Here, the evidence establishes at most a verbal altercation between Tucker and Everette prior to the shooting. No view of the evidence even suggests a confrontation that could have given rise to the furor brevis [brief furor] that is the hallmark of voluntary manslaughter. Thus, the trial court did not err in refusing to give the requested voluntary manslaughter instruction.” Tucker. That was the harm at trial to Tucker from not taking steps to protect himself with silence with the detective.

Fairfax criminal lawyer Jonathan Katz has successfully defended hundreds of people in pursuing their best defense against Virginia DUI, misdemeanor and felony prosecutions. Discovering great defenses in your case is just one phone call away at 703-383-1100, to obtain a free in-person confidential consultation with Jon about your court-pending criminal case.

Posted in Criminal Defense and tagged Fifth Amendment, murder, Voluntary Manslaughter
← Breaking attempt can be proven in Virginia by shaking doors after hoursDefensive attack on one’s procedural error does not fly in Virginia court →