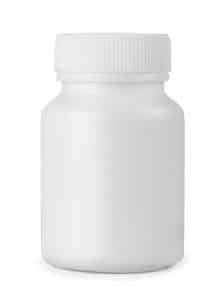 Blabbermouthing with police is a dangerous thing. As a Fairfax criminal lawyer, I know the importance for criminal suspects and arrestees to remain silent with the police, and too often see them foster a conviction by not asserting their rights under the United States Constitution’s Fifth Amendment to remain silent. This past week, a loose tongue spelled the difference between conviction and acquittal in a Virginia drug felony case.

Blabbermouthing that one does not own contraband deprives a defendant of standing to contest the search or seizure of the item, even if the denial follows police confiscation of the property

Blabbermouthing certainly got Derrick Wooten convicted of possessing with intent to distribute cocaine, heroin, and oxycodone. Wooten v. Virginia, Record No. 190805 (Virginia Supreme Court, May 14, 2020) (unpublished order). Police stopped Wooten for making an illegal u-turn. The approaching police officer saw Wooten “moving his right shoulder and elbow up and down toward the center console area but could not ascertain the purpose of these motions.” On arrival at the car window, the police officer saw a pill bottle by Wooten’s thigh with no prescription label, and told Wooten to “’really slowly, with your right hand, hand me that pill bottle.'” Wooten.

The police had no lawful grounds under the Fourth Amendment nor otherwise — whether for reasonable suspicion nor probable cause purposes — to order Wooten to hand over the pill bottle. Had Wooten not engaged in blabbermouthing with the police, he probably would have won his case, unless the prosecution successfully argued that the police had grounds to arrest him for driving revoked, and that the pill bottle could be seized for being right next to him when arrested. However, an arrest does not generally entitle police to search within the area of the arrestee’s lunge and grasp. However, Wooten could not leave well enough alone. Instead, after the police officer told Wooten to hand over the pill bottle — which contained the contraband — Wooten complied, but then proceeded to blabbermouthing to the detective that  “it’s not mine” before placing the bottle of oxycodone in the detective’s hand. After identifying the pills therein as oxycodone, the police officer searched Wooten’s car, finding bags of cocaine and heroin. Wooten.

Wooten concludes that by Wooten’s blabbermouthing that the pill bottle was not his, he forfeited his standing to challenge the officer’s order to hand over that pill bottle. Once the police officer identified the contents as oxycodone, that arguably provided him the probable cause argument to search the car for more contraband.

The Virginia Supreme Court dissent has the better argument in Wooten, which is that any Fourth Amendment-violative police order for Wooten to have handed over the pill bottle was not made unassailable by Wooten’s subsequent — rather than in advance of the police order — blabbermouthing denial of owning the pill bottle. If Wooten was going to speak about ownership or not of the bottle, of course he was going to deny ownership. As the Wooten dissent confirms: “Faced with a Hobson’s choice between refusing to comply with an express directive by the officer or handing the pill bottle over with the denial of ownership, Wooten complied with the demand for the pill bottle. His denial of ownership was nothing more than a desperate attempt to avoid the consequences of the illegality of the pill bottle’s contents.” Wooten (Powell, J., dissenting). Moroever, as the Wooten dissent underlines, an “‘individual who relinquishes possession of an object when ordered to do so by the police does not “abandon [that object] and forego his expectation of privacy” in it.’” Wooten (Powell, J., dissenting) quoting Al-Karrien v. Virginia, 38 Va. App. 35, 45 (2002).

Fairfax criminal lawyer Jonathan L. Katz is top-rated by AVVO, and pursues your best defense against felony, misdemeanor and DUI prosecutions. Call 703-383-1100 to schedule a free confidential consultation with Jon Katz about your court-pending criminal or DWI case.