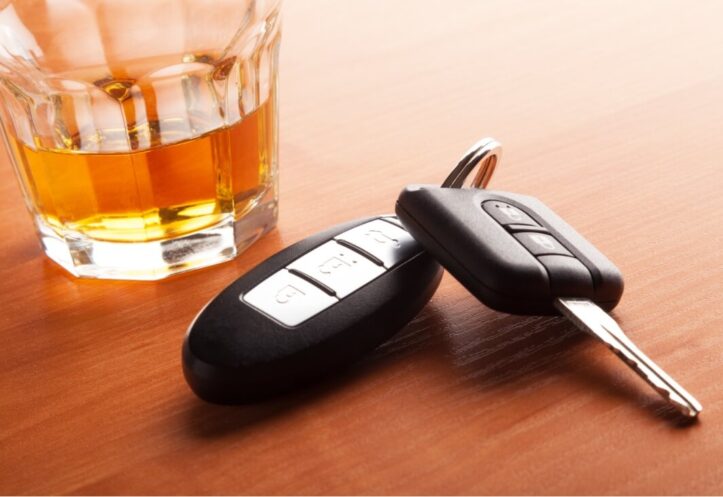 FST refusal is among your most powerful tools in fighting a Virginia DWI prosecution. As a Fairfax DUI lawyer, I have seen this truism in action time and time again. The importance of refusing field sobriety testing (FST) was re-highlighted for me only two days ago, when I saw a DUI suspect (of course alone, without an attorney to help nor advise him) performing the walk and turn test (also known as WAT or walking the line), as cars whizzed by him at 55 miles per hour and faster, while two police cars and two police watched over him. With numerous of my repeat DUI clients submiting to FSTs even after I tell them at their first meeting for their first case with me of the importance of doing the opposite, clearly this topic bears addressing here.

What are the downsides and upsides of FST refusal in Virginia?

The downsides of FST refusal in Virginia are that the refusal can be considered as adverse evidence at trial, and the occasionally stone sober person might avoid a DUI arrest by doing field sobriety tests. Those downsides are eclipsed by such upsides as the strong arguments to neutralize evidence of test refusal; the risk that police will exaggerate and mis-state material details about one’s field sobriety test performance; odor of beer, wine or liquor; and overall physical appearance and movements (and not all police have video cameras, let alone cameras catching what needs to be caught); and the risk that doing anything other than simply saying no to investigating police may simply strengthen the police and prosecution case against you.

What do the police look for in a Virginia DUI investigation and prosecution?

Police have the upper hand in a Virginia DUI investigation from the very point at which the police officer stops or otherwise encounters a suspect. Unless the suspect is free to go and leaves at that point, the police officer has the upper hand. Saying anything to the police can be misconstrued and misreported by the cop as criminal admissions, slurred speech, argumentative words, combativeness, and silliness, which all can be connected at trial by the prosecutor as evidence of alcohol intoxication and impairment. Police observe — and too often misconstrue — everything that a criminal suspect does and says, as well as the suspect’s appearance. Even when a suspect asserts his or her Constitutional Fifth Amendment right to declines to answer the cop’s questions and engages in FST refusal, the police officer still risks dealing with information overload that challenges the officer’s ability, energy and willingness to accurately report on the essential details of the case and not to miss details that are important to the defense side. By answering police questions and engaging in field testing, the Virginia DUI suspect adds to that information overload.

How on earth is field sobriety testing scientific?

Field sobriety testing is junk science at best, which makes FST refusal all the more important. Even assuming for argument’s sake that field sobriety testing could be scientific under any circumstances, they are conducted outdoors with fluctuating weather, cars whizzing by (thus causing concern about not making movements that might increase one’s risk of being hit by those cars, and causing additional distraction with all the noise and vibrations of the other cars), and often two or three police talking to and thus confusing the suspect. FSTs are called divided attention tests to seek indicators of alcohol adversely affecting one’s attention, but the above scenario is ripe for distraction even without a drop of alcohol. Ideal scientific testing takes place with control mechanisms and with keeping as many variables constant as possible as to the suspect and other suspects, where in reality DUI suspects come in all shapes, ages, weights, sizes, and wakefulness or not, with varying physical and health ability to do well or not on any of the field sobriety tests even when stone sober, away from traffic and away from police. Why risk doing FSTs under such circumstances?

What role does preliminary breath testing have with FST’s, and should you agree to a PBT?

Many of my Virginia DUI clients assert that they did very well on all or certain field sobriety tests, only to see that the police report claims otherwise, which by itself is a reason to decline FSTs. Regardless of how well or not a DWI suspect’s field sobriety testing goes, the suspect can expect to be offered to submit to a roadside preliminary breath test (PBT), which is one more opportunity for the police officer to maintain an upper hand against the suspect. PBT testing is voluntary, the police officer is required to tell that to DWI suspects, and the risks are high of taking such a test. (Unfortunately, the police officer’s telling the suspect that s/he has the right to refuse the PBT may be confused with Virginia’s statutory obligation, when arrested pursuant to probable cause for DWI, to submit to breath or blood alcohol testing.) FST refusal does not preclude Virginia police from asking a DUI suspect to submit to the PBT.

What should I do if arrested in a Virginia DUI case?

A Virginia DUI prosecution is one of the most serious misdemeanor prosecutions in the commonwealth, and can become a felony prosecution risking mandatory minimum jail time if two prior DUIs preceded the third offense within a ten-year period . Whether or not you have engaged in FST refusal, the sooner you obtain a qualified DWI lawyer the better. The police and prosecution are not waiting for you to obtain an attorney as they prepare for your trial date. Fairfax DUI lawyer Jonathan Katz defends throughout Northern Virginia and beyond, and has successfully defended hundreds of DUI suspects.

Fairfax DUI lawyer Jon Katz pursues your best defense against Virginia DWI, felony and misdemeanor cases. Learn about the positive difference Jon Katz can make for your defense and liberty by calling 703-383-1100 to schedule a free in-person confidential consultation with Jon about your court-pending case.