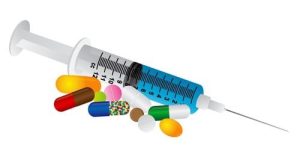 In 2015, Virginia’s drug overdose good samaritan law took effect, apparently in an effort to reduce people’s fears of prosecuti0n arising from calling 911 for drug overdoses by themselves and others. Va. Code § 18.2-250.03. Note that Virginia has already had a good samaritan law shielding people to a certain extent from civil/monetary liability for rendering medical assistance for free to those in need. Va. Code § 8.01-225.

The good samaritan law is far from foolproof, but is better than nothing. Moreover, even without a good samaritan law, plenty of people would report other’s overdoses when balancing saving their lives over the risk of a resulting drug prosecution against the 911 caller.

Below in abbreviated form are the most pertinent parts of Virginia’s good samaritan statute, with comments in [brackets]:

A. “[O]verdose” means a life-threatening [how will a layperson know the situation is life threatening, unless the drug taker is not breathing, barely breathing, or has no pulse?] condition resulting from the consumption or use of a controlled substance, alcohol, or any combination of such substances.

2. Such individual remains at the scene of the overdose or at any alternative location to which he or the person requiring emergency medical attention has been transported until a law-enforcement officer responds to the report of an overdose [a key here is to wait a sufficient amount of time for law enforcement to arrive]. If no law-enforcement officer is present at the scene of the overdose or at the alternative location, then such individual shall cooperate with law enforcement as otherwise set forth herein;

3. Such individual identifies himself to the law-enforcement officer who responds to the report of the overdose;

4. If requested by a law-enforcement officer, such individual substantially cooperates in any investigation of any criminal offense reasonably related to the controlled substance, alcohol, or combination of such substances that resulted in the overdose [I would argue that the reporter is not being non-cooperative if the caller does not reveal the drugs used, nor the dosages nor method of administration, both because the caller may not be sure what was used nor how much was used, and because the foregoing cooperation language is limited to “investigating any criminal offense,” which arguably does not involve investigating those who have overdosed, because the whole tenor of the good samaritan statute is to report drug overdoses in order to obtain proper medical care for overdoses] ; and

5. The evidence for the prosecution of an offense enumerated in this subsection was obtained as a result of the individual seeking or obtaining emergency medical attention. [Therefore, if the 911 caller has illegal drugs on him or her when police arrive, the caller should be absolved of any prosecution so long as the above-listed good samaritan elements have been met].

Virginia drug lawyer Jonathan L. Katz has successfully defended hundreds of people charged with drug crimes and thousands of people prosecuted for alleged felony, misdemeanor and DUI offenses. To discuss your case with Jon Katz, please contact his staff at 703-383-11oo to schedule a confidential consultation.