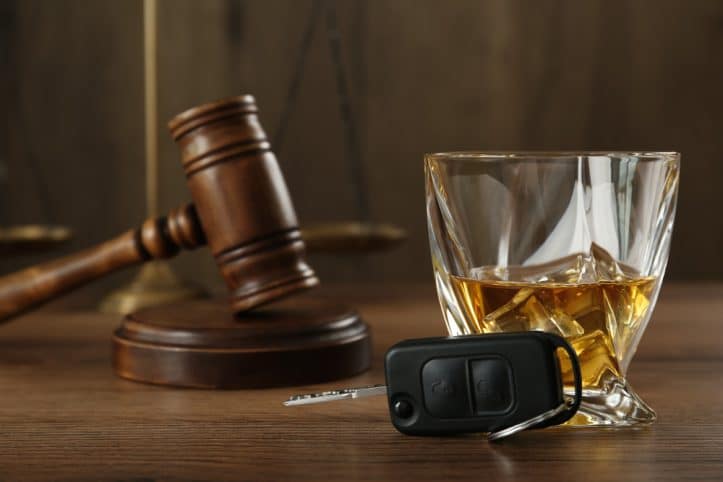 Defending Virginia DUI cases pursuant to Virginia Code § 18.2-266 is not about going through the motions but about finding the right lawyer for you, and to work closely with that lawyer in pursuing your best possible defense. As a Fairfax DWI lawyer, this area of defense constitutes a substantial portion of my law practice, which I have been defending for decades, with many successful trials and successful negotiations. I have worked repeatedly with relevant experts to hone my understanding of the science of Virginia DUI defense all the more, together with my substantial experience defending hundreds of people accused of DWI offenses, running from simple first-time charges with modest alleged blood alcohol levels, to people with one or more prior DUI convictions and those accused of having excessively high blood alcohol contents (BAC) and sometimes aggravated DUI felony cases that involve accusations of related severe collision injuries / maiming and even involuntary manslaughter. Such defense is not for the faint of heart among lawyers who are stymied by concerns about injured alleged victims and letting the accused again drive on the road if they have already demonstrated questionable judgment in driving after drinking in the first place. I, instead, recognize every client as presumed innocent, and even when that presumption starts getting overcome by reality, I know and fully delight in knowing that my role is to obtain as much justice as possible for my clients, and that it is solely the prosecutor’s burden to pursue a conviction and adverse sentencing conditions.

What are some of the initial questions that a Virginia DUI lawyer will ask me at in initial consultation after my arrest?

This being an engaging discussion between me and my potential client, I have no script for such a meeting, but numerous questions that I commonly answer at all meetings for defending Virginia DUI prosecutions. Some recent arrestees are so anxious about their cases that they wish to start the consultation with their most burning questions, fears and concerns. Others want some guidance from me for how to proceed with our meeting. The key is that I am making their visit worthwhile and that I am able to obtain sufficient information about their case and their court goals to provide an initial strategy to obtaining as much victory and justice as possible in court.

Do I need to bring my case documents to my initial attorney consultation?

When you make an appointment initially to meet with me at my Fairfax law firm for defending Virginia DUI, you will be asked to bring your case documents with you. A time lag can take place for the relevant court clerk’s office to have those documents available, so your bringing those documents to our meeting can assist our discussion all the more. Police often work in a cookbook / by-the-book fashion with Virginia DUI investigations and prosecutions. The defense needs to be ready to move beyond the box in obtaining a win.

What role does an open mind have in my first and subsequent dealings with my lawyer?

Keeping your mind open and working closely as a team with your Virginia DUI defense lawyer can make a world of beneficial difference for you. When you find a DWI defense lawyer whom you trust as much as you would a surgeon while you are under anesthesia and the knife, that means you are fighting for a great defense. My view is that a great DUI defense lawyer is neither orthodox nor unorthodox for the sake of either, but that your lawyer needs to pursue the path that is needed for your own defense, and that path and re-strategizing can constantly shift and crystallize as information and circumstances develop.

What will my potential Virginia DUI lawyer ask me, and how honest and open should I be with that attorney?

With the right lawyer for you for defending Virginia DUI, you will be more wiling to answer his or her questions without adulterating nor filtering out your answers. If you are dishonest with your Virginia DWI lawyer, you are recruiting him or her to advocate lies for you rather than to pursue your best defense. It might be scary to share even ugly truths with your lawyer that you would not even tell your closest confidant. However, lying to your lawyer serves no good purpose for you. On top of that, consistent with my professional conduct obligations and personal code, my standard contract language with clients prohibits them from telling me untruths, and from knowingly enabling me to provide judges, jurors and prosecutors information and documents that contain untruths. The truth is more powerful than many people realize — it can indeed set you free — and my repeated victories in court attest to that.

What are among the items your lawyer should discuss with you for defending Virginia DUI?

At your initial meeting with me for defending Virginia DUI, my questions will likely include the following. I want to know how the police first encountered you, which ordinarily is from a traffic stop, after a car accident, or if the driver is found in a stopped vehicle, often sleeping. If a criminal complaint — initial police report — exists in your case (which is about always the case when your license has been administratively suspended as a result of your Virginia DWI arrest)  the criminal complaint will state the law enforcement officer’s reasons for initially stopping or interacting with you. I will want to know what you and the police said to each other, which usually also is covered wholly or partially in the video footage that I obtain of your incident (although some Virginia law enforcement agencies — but not Fairfax and the other three largest Northern Virginia counties — still do not routinely videotape DUI investigations).

No matter how much any police video footage covers, video does not tell the entire essential story for defending Virginia DUI, including conveying what happened off camera; how uncomfortable you may have been in the cold or heat, how uncomfortable or restrictive your clothing and footwear may have been, and even how sick you may have been from a cold or how badly you perhaps had to go to the bathroom or drink some water. I want my clients to tell me the essentials about their interaction with the police.

For defending Virginia DUI, I will ask about whether you engaged in field sobriety tests, the extent to which the police officer commanded or requested that you engage in such voluntary tests, and the extent to which the police officer asked you about any physical or other health impairments or English as a second language issue that might interfere with those tests. I will also want to know about the weather, road conditions  (including traffic distractions, ground debris, and lack of flat ground), and the clothing you wore (too restrictive to move, or not providing enough warmth on a cold day?) and footwear you wore (causing awkward movements or not giving sufficient traction on the ground?). I want to know what the police and you said, and the extent to which you said anything in violation of your Constitutional Fifth Amendment rights and Miranda rights.

In defending Virginia DUI, I will want to know the extent to which the police officer told you that you had the right to refuse the handheld portable roadside preliminary breath test (“PBT”) and that the results could not be used at trial, and the extent to which the officer confused you or not about your latter obligation and your post-arrest obligation to submit to BAC content testing via breath testing or a blood draw. I will also ask about the extent to which the breath test machine operator at least twenty minutes before breath testing commenced fulfilled his or her obligation to check your mouth for foreign substances (which can trap mouth alcohol, when the testing is supposed to be for deep lung alcohol).  During your first meeting with me, I am already developing your court defense as the individualized, tailor-made defense that you merit, and removing it from the “just another Virginia DUI” case that is too easy for too many judges and prosecutors to view too many such prosecutions.

How do I decide whom to hire as my Virginia DUI lawyer? How soon should I hire an attorney?

The sooner you obtain a qualified lawyer for defending Virginia DUI, the better. The prosecutor and police are not waiting for you to get an attorney as they prepare their prosecution for you, and you need the right lawyer on your side. As to how to decide whom to hire as your lawyer, see my article and webinar on that topic.

Virginia DUI lawyer Jonathan Katz pursues your best defense against DWI charges from the simple to the most serious. For a free in-person confidential initial consultation with Jon Katz, call 703-383-1100. Usually Jon can meet with you the same day, and almost always by the next business day.

Posted in DWI / DUI and tagged Defending Virginia DUI, Finding your Virginia DUI lawyer, Working with your DWI attorney
← Virginia self defense claim fails in criminal court absent immediate dangerFairfax criminal lawyers- How to choose the right one for you →