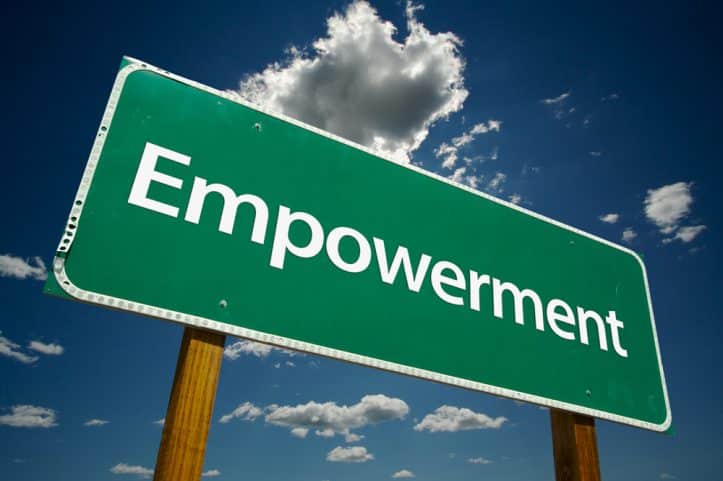 Empowered DUI defense is the only way to go, says Fairfax DWI lawyer

Empowered DUI defense — and empowered criminal defense, for that matter — is the only way to proceed when you are suspected of or prosecuted for alleged violations of the commonwealth’s DUI law which starts with Virginia Code § 18.2-266. Before you get behind the wheel after imbibing beer, wine or alcohol, or consuming impairing drugs or medicine this federal holiday weekend, you will thank yourself for taking a few moments to read this essential DUI defense article. As a Fairfax DWI lawyer, I have heard the gamut of rationales by DWI suspects (even former clients) to take actions with police that my Virginia DUI defense blog for years has advised against, hesitations for not pursuing my recommended defense action / self improvement plans, and skimping on the choice of a lawyer for their first DUI or criminal case, only to face a riskier situation when charged with a repeat offense.

Empowered DUI defense means looking out for number one, rather than looking to go along to get along with the police

When you are a DUI suspect or defendant, police are not your friends, no matter how friendly or not they act with you (whether that is sincere or not), and no matter whether you were good buddies with them in high school or college, or are best friends with their relative. Virginia police are sworn to do a job. They want to keep their jobs and get promotions and pay increases. Being lenient to DUI and criminal suspects is not part of that police agenda. Consequently, the last thing that should concern a DUI or criminal suspect in dealing with the police is getting them upset by your asserting your lawful rights (politely) to refuse to answer their questions, refuse field sobriety tests, refuse roadside preliminary breath testing, and refuse searches. The Bill of Rights to the United States Constitution that protects your rights with the police and against prosecutions was born from the ultimately victorious upset that the signers of the Declaration of Independence caused to the British government that put the American Revolution into full play. It is better to upset the police by the empowered DUI defense of asserting your Constitutional rights and to see the benefits of asserting those rights, than to have the opposite hit you over the head like a sledghammer.

Empowered DUI defense means obtaining the right lawyer for you within your financial means. Blessedly, great and highly-experienced lawyers are among the public defenders and private-practicing Virginia lawyers appointed to indigent defendants. Beware that if the prosecution waives seeking jail time in your case, you can expect to be denied a court-appointed lawyer. Paid lawyers charge a range of prices, are not inexpensive, and are not part of most people’s monthly expenses budgets. At the same time, it is important to do your homework, arrange your finances and any use of credit, and choose wisely in hiring the right Virginia DWI lawyer for you. Here and here are pointers for doing so.

Empowered DUI defense includes benefitting from the full firepower of your Virginia DWI lawyer. This does not mean that you have to agree with your lawyer’s advice. Your lawyer is your adviser and advocate; you do not serve your lawyer. In his or her advising role, your lawyer helps you make informed decisions — while telling you the lawyer’s respectfully honest assessment of the strengths and weaknesses of your case, warts and all — and needs to let you make those decisions. With the right lawyer, the defendant will not get upset for the lawyer’s honest assessment of the defendant’s case, while the lawyer and client work as a team to obtain as much justice as possible for the defendant.

Acquittals and outright dismissals are wonderful for Virginia DUI and criminal cases. Nonetheless, realpolitik and empowered DUI defense sometimes advises case settlement negotiations (whether negotiating an infraction or less serious charge, or reduced sentencing exposure), and always advises being ready for a possible sentencing, even if sentencing does not happen. Therefore, when I include self improvement / homework suggestions in my client’s tailor-made defense action plan, that is not mere hot air, but is based on my decades of successful experience representing hundreds of DUI defendants. Sometimes my clients hesitate to follow that self improvement plan out of concern that this will make them look guilty, when doing such self improvement will not worsen the prosecutor’s nor cop’s assessment of their culpability level, and where the judge and jury will know nothing of the defendant’s self improvement steps before any guilty verdict anyway.

Your Virginia DUI court date is the time for persuading the judge and jury, and not a time to distract them with how you are dressed and how you act. I advise my clients for empowered DUI defense to dress respectfully and modestly, and to dress down. If you have tattoos on your arms, it is best to cover them up, not because tattoos are bad, but to reduce the distraction factor. Eyeball rolling and other non-verbal communication (including throwing up one’s hands) can be distracting for the judge and jury at best, and aggravating and angering at worst. The more you have faith in your lawyer, the more you can approach your court date with the optimism of the opportunities for obtaining justice, than the dread of what might happen if court does not turn out your way.

Remember your right to appeal and to seek an appeal bond, and its possible pitfalls

If your Virginia DUI case does not go as you want in District Court, you have the right to appeal a conviction as part of your potential empowered DUI defense. It is ideal for you to talk with your lawyer well before your trial right about this option, about the option to pursue any appeal bond, about the risks of being recharged with the original counts against you if you were convicted other than by a trial, and about whether it will be harder or more tedious to obtain a restricted license if you withdraw your appeal more than ten days after District Court sentencing or if convicted anew in Circuit Court.

Your goal for empowered DUI defense is to beat the prosecution against you, or else to obtain as much justice as possible otherwise. Part of doing so is obtaining the right lawyer for you in the first place. Fairfax DUI lawyer Jonathan L. Katz has successfully defended hundreds of DWI defendants. Learn the positive difference Jon Katz can make for your defense by scheduling a free in-person consultation about your court-pending case, by calling us at 703-383-1100. We can usually schedule you for a meeting as early as the same day you call, or the next business day.