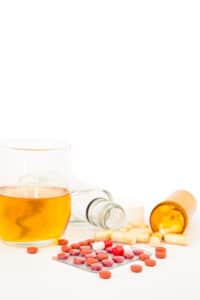 Fairfax DUI lawyer Jonathan Katz recognizes the real jail, employment, security clearance, lifestyle and reputational risks posed by Virginia DWI charges under Va. Code § 18.2-266 , and defends against these and all other Virginia criminal prosecutions to the hilt. Virginia DUI defense accounts for a substantial portion of Jon’s law practice.

How should I defend against the harsh Virginia DUI law?

Do not take a Virginia DUI stop, arrest, or prosecution lying down. Too much is at stake if convicted of Virginia DWI, including potential jail, loss of driving privileges, and increased car insurance costs. DUI convictions harm people’s reputations; can set back non-U.S. citizens, to say the least; and can threaten security clearances, employment with the military, and health care licenses. Fairfax DUI lawyer Jon Katz has successfully defended hundreds of people charged with DUI, ranging from low to extremely high BAC readings, as well as for those charged with refusing to take a breath test. Jon pursues not only your best criminal defense but also endeavors to minimize the above-reference adverse collateral consequences from your Virginia criminal prosecution.

The best defense against Virginia DUI charges starts with not getting behind the wheel less than 24 hours after consuming alcohol. Short of that, if you feel any effects of alcohol, stay away from the wheel; unfortunately, plenty of people with a 0.08 or higher blood alcohol content do not feel the effects of alcohol to know to stay away from the wheel. Also, it is important not to drive with defective equipment nor to violate any moving violation laws; to do otherwise gives police a free pass to stop and investigate even otherwise innocent drivers and passengers for a whole host of crimes going even beyond DWI.

If the police stop you while driving, remember the importance of maintaining your right to remain silent under the Fifth Amendment, and to refuse field sobriety tests and the handheld / roadside preliminary breath test (versus risking a refusal charge for declining breath or blood testing (only for civil charges for blood testing) after arrest). Even plenty of stone sober people can perform poorly on field sobriety tests because few people practice standing on one leg with the foot in front of the body for thirty seconds, walking heel-to-toe out and back, counting backwards in the presence of a police officer, and reciting but a portion of the alphabet, to mention some common field sobriety tests.

Fairfax DUI lawyer Jon Katz knows it is a challenge to decide whether to agree to submit to a post-arrest breath test at the Virginia jail or police station, or to a blood test when asked to submit to such a test. In Virginia, refusing a post-arrest breath or blood test can be charged as a separate offense and mandatory loss of driving privileges if so convicted. However, submitting to such testing in Virginia can make the prosecutor’s job easier for obtaining a conviction if one has been consuming alcohol or if one has drugs in his or her system.

Must I submit to field sobriety testing?

A Virginia DUI suspect has no obligation to participate in such field sobriety tests as the one leg stand, walk and turn, horizontal gaze nystagmus, counting backwards, and reciting part of the alphabet. Nor is a Virginia DUI suspect obligated to submit to roadside preliminary breath testing, which is different from post-arrest mandatory breath and blood testing. Refusal to submit to field sobriety testing can be considered by the factfinder — whether the jury or a judge at a non-jury trial — but Jon Katz argues to minimize the adverse significance of such a refusal.

Fairfax DUI lawyer Jon Katz leaves no stone unturned in defending against your Virginia DUI prosecution, starting with providing you at the outset a tailor-made defense action plan for the work to be done by him and you as a team; obtaining the discovery, any incident video and forensic data in your case; and obtaining a blood transfer order to a private lab in blood draw Virginia DWI cases, all for pursuing the best defense in your case.

Repeatedly over the years, Fairfax DUI lawyer Jon Katz has worked with forensic toxicology experts to challenge the admissibility and accuracy of breath and blood alcohol testing, advancing his forensic knowledge in DUI cases even for when such an expert is not hired.

A key point to remember is that all DUI and other Virginia criminal defendants are presumed innocent under the law unless and until proven guilty beyond a reasonable doubt. This means that breath and blood testing results are not sacrosanct, and can be attacked. This means that the question in such cases does not begin and end with asking the result of a breath or blood test, but to challenge the results of such testing, and to acknowledge that blood alcohol levels can be rising, falling, or staying somewhat in a holding pattern between the time a police officer stops a driver and has the driver submit to breath or blood testing for alcohol.

CALL FOR A FREE MEETING about your court-pending criminal or DUI case.